It is Sunday afternoon on that rarest of things – a hot Bank Holiday weekend. 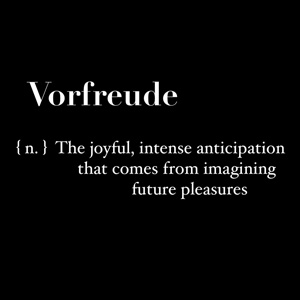 I thought to myself, why not nip to the shop and buy a newspaper and a couple of beers, then retire to the garden and struggle through the crossword. So I picked up my car keys, popped on some shades, and as I stepped outside, it started to rain.

I went to the shop anyway, because I could already taste the beer. As I drove down the lane, the ‘it’s just started raining’ smell was stronger than I’ve experienced in a while, and the word ‘petrichor’ popped into my head. It’s a word I learned recently, and it means ‘the smell in the air when it starts to rain’.

It occurred to me that this would make a great cocktail name. A few years ago on a trip to Iceland, I tasted a liqueur flavoured with birch twigs, and this immediately came to mind. I can imagine some sort of Martini twist with a metallic taste reminiscent of a wet day in a forest. It seems to me that words like petrichor, which encapsulate a sensation or feeling we all know, can serve as emotive cocktail names, as well as inspiring new recipes.

It was still raining when I got back from the shop so instead of doing the crossword, I decided to find some other unusual, emotive words that could serve as recipe or cocktail-name inspiration. This is what I came up with:

Feuillemort: The colour of a dying leaf
Chatoyant: Having changeable colour or lustre, like a cat’s eye.
Moiety: One of two equal parts.
Petrichor: The smell in the air when it starts to rain.
Phosphenes: Blobs of coloured light caused by rubbing your eyes
Frondescence: The time at which each species of plants unfolds its leaves
Apricity: The feeling of warm sunshine in winter
Vorfreude: Intense anticipation of future pleasure
Sillage: A scent that lingers in the air. The impression made in space after something or someone has been and gone
Edulcorate: Make something sweeter in taste, or more palatable. Alleviate severity.
Snowbroth: Slushy water, or very cold liquor
Melichrous: The colour of honey.
Attar: The specific fragrance of roses

Further reading
These websites describe a wealth of interesting and unusual words that may be of use to the bartender seeking inspiration:
Unused Words
Wordables