PPL are apparently trying to take top spot in the ‘Dicks of the Bar Industry League’ from long term holders the Portman Group and rapidly climbing Local Councils.

In the past the Portman Group have been referred to, repeatedly, as the fun police. However can there be anything worse when it comes to stopping fun than charging venues for people who dance? 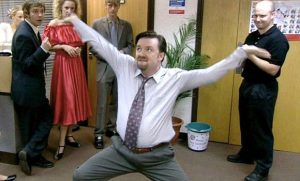 If we were posting this story on April 1st you’d be more than a little suspicious. Unfortunately it is March 21st and the latest announcement from the Phonographic Performance Limited (PPL) shows no sign of humour.

The SFE (Specially Featured Entertainment) Tariff, apparently the only thing they love more than destroying our industry is abbreviations, is aimed at DJ’s and dancing in venues. According to reports this could increase fees in many venues by 130%.

The tariff increase will be on a sliding scale over the next 5 years but according to UKHospitality chief executive Kate Nicholls “….we estimate will cost the hospitality sector upwards of £49 million.”

For those unaware of the way the SFE works it is based on amount of people in the venue (in increments of 25) and the amount of hours music is played by a DJ or for the purpose of dancing. Over the next 5 years this will increase from 4 pence per person per hour to 9 pence.

Whilst this looks like a small number initially any increase of over double has to be a worry. To put this into perspective if you have a 400 pax venue and have a DJ playing for 30 hours a week the increase in the costs each year is £31,200.

Some leading venues have already reported that they have no choice but to announce they are taking DJ’s out of their venues.

Well done PPL and over to you Portman Group, there must be some bottle of delicious liquid that you think has a name that is vaguely sexual you can ban.