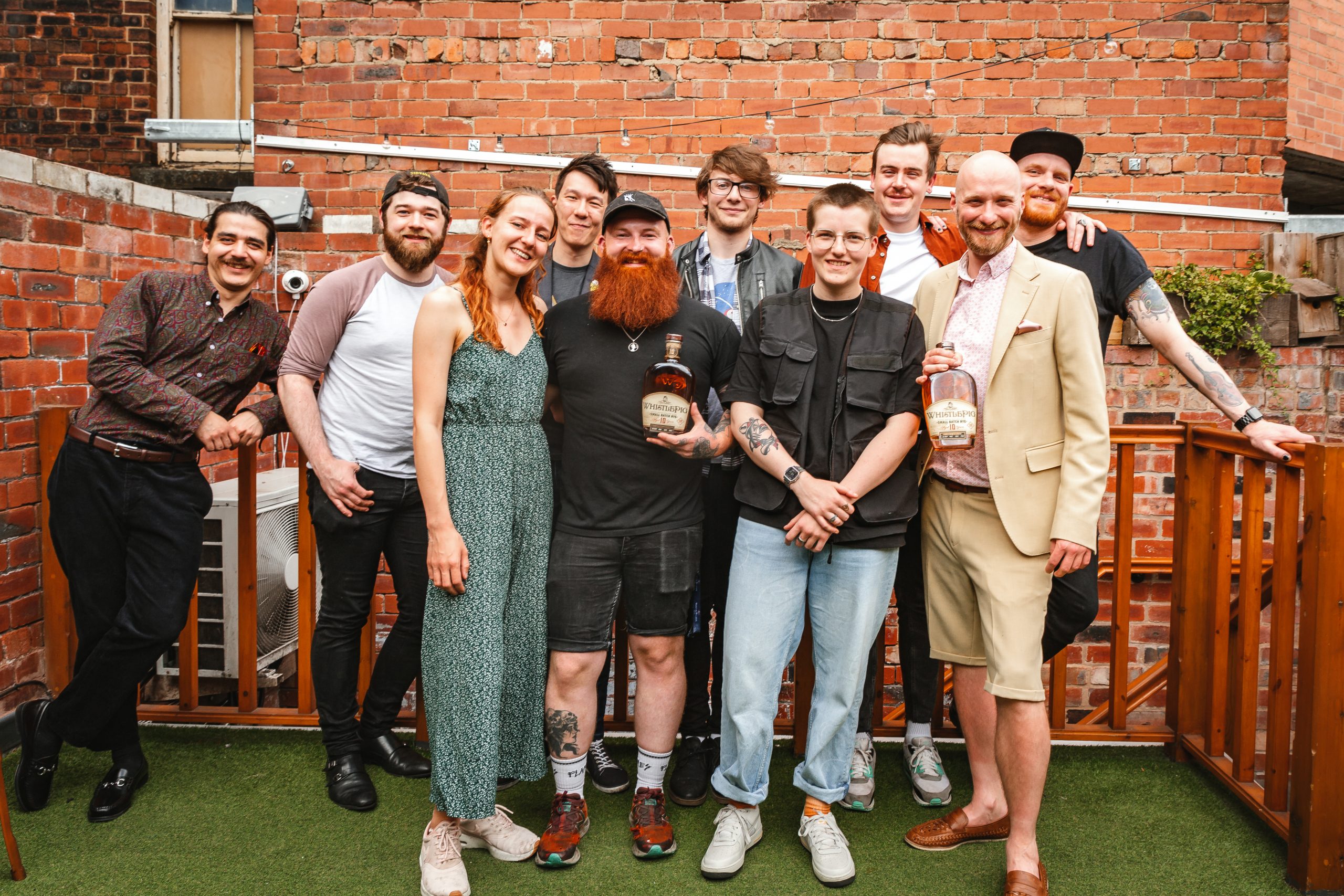 Leeds Heat of WhistlePig’s ‘No History, No Rules’ Competition

It was the last heat of the 2022 WhistlePig cocktail competition and the North of England were going to make sure we went out in a blaze of glory.

In a remarkable show of dedication and resilience, bartenders from across the North of England battled the first day of the national rail strikes to make it to Leeds, some getting onto busses at a time they usually reserve for post shift beers. A sterling effort from all.

After that sort of journey a friendly face is what you want and the team at Roland’s couldn’t have been more welcoming to us all as we arrived. With every inch of their available freezer space stuffed full of various concoctions and the order of play taken care of it was time for the judging panel of BarLifeUK, Moët Hennessy’s token Liverpudlian and general Drink Bloke Jake O’Brien Murphy and local legend Sam Fish, to get themselves ready.

Over the next couple of hours 10 bartenders would be fighting it out for the last two spots at the final in London for the ultimate prize of a trip to Vermont to visit the WhistlePig Distillery. To emerge victorious, they would have to produce three serves of their cocktail within 8 minutes whilst entertaining the judges and crowd.

For those who haven’t been following the heats up until this point the competition wanted the bartenders to embrace the WhistlePig philosophy of not being restrained by tradition and history. Asking them to look at rye in cocktails through new eyes and embracing any flavour, technique or style they wanted. All we asked was it tasted good.

Over the last few weeks, the Chief Pig at the farm, Mortimer Jr, has provided a lot of inspiration and Roland’s Alex Fryday certainly used the cheeky swine as her muse. Focusing on his skill as an escape artist and his love of eating anything he can find Alex decided to only use ‘pig height’ ingredients such as apples, beetroot and raspberry leaves, even turning to the judges at one point declaring ‘assuming you are now a pig’. It was a superb presentation and fantastic way to kick off the day.

Josh Howley from Smokestack gave one of the most entertaining presentations of the whole tour, starting off by announcing ‘WhistlePig took whiskey that was being profoundly misused…. I’m going to continue doing that.’. His presentation focused on a famous witch trial in Vermont and led to him using ingredients to create a ‘spell’, mainly Jake was obsessed with the crows foot he produced. The drink/spell itself didn’t disappoint, tasting great and looking superb. 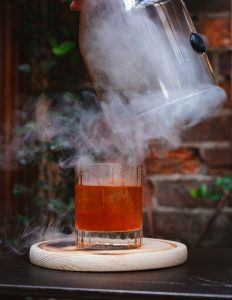 Gaucho’s Stephen Bond looked to literally flip his inspiration on its head, taking the classic Italian dish of carbonara and combining this with a flip style of serve. Alongside the carbonara staples of egg yolk, bacon (well WhistlePig), parmesan (in oil form) and black pepper was a rouge ingredient, yuzu, however it was this flavour that brought it all together and produced a sublime tasting cocktail. The pasta water foam may, however, have been one step too far.

Throughout this WhistlePig tour we have spoken to bartenders who found the lack of rules a real challenge, there was a variety of techniques used to combat that, but Josh Blinkhorn from Manchester’s Mecanica definitely found the most imaginative solution. Josh went to his 6 year old sister and asked her what her favourite flavours were, she thought and she asked around and ended up with a drawing of all the flavours she thought should go into the ‘Everything Drink’.

It was a very funny and cute idea but then you started to look at what was on this list and began to worry, especially when Josh announced he was going to use them all. A wee snapshot of things include – broccoli, cheese, smoked salmon, cereal, ice cream, pineapple, pork…. What Josh put together was a starter cocktail, a main course sandwich garnish and a dessert ice cream cocktail. All in 8 minutes. I mean we did say ‘No Rules’. It was chaos, it was tasty, it was funny, it was definitely on brief, but it was chaos.

In amongst three course meals, pasta water foams, crow’s feet and being a pig there were two competitors who managed the fine balance of great idea, presentation and drink all working together.

Lee Jones found his inspiration in WhistlePig founder Dave Pickerell and naming his drink after the American Whiskey legend – Mr Versatile. Lee described the Second Line held for Dave in New Orleans at Tales in 2019 superbly and gave one of the best descriptions of Bourbon Street I’ve heard of ‘It’s like Call Lane times a thousand’. The streets of New Orleans gave the inspiration for the drink, a pornstar martini crossed with a daiquiri all washed down with a Jell-O shot. It was a beautifully balanced drink allowing everything to shine although I’d have taken some more WhistlePig in my Jell-O shot.

Alex Holmes from Hedonist started strongly with a shot of WhistlePig in memory of the original Mortimer pig, his drink being a tribute. It was the fact that Vermont is an up and coming wine region that provided the inspiration and led Alex to take the WhistlePig and create a wine from it. The resulting drink was superb and he had the replicability aspect covered as well ‘It’s easy, all you have to do is give me £28.99 and I’ll ship you a bottle.’.

So that’s it, we have our finalists. 2 from each heat in London, Bristol, Birmingham, Glasgow and now Leeds. However, that does leave the small matter of the two wildcards, one of them will be going to Josh Howley from this heat for the most bonkers thing we’ve seen in a long time, a bit of refinement and he could fly at the finals. Joining him will be Welly Jones from Lab 22 in Cardiff who came up with a Grasshopper twist which I know Andy was a big fan of down in Bristol on the day.

So there we have our 12. Thank you to the Roland’s team and all the competitors and supporters who came out to the heat (especially those who had to compete against the train strikes before they even got there). Whilst we are here a big thank you to everyone across the last few weeks at the heats as we’ve toured the country, it has been an absolute blast of a competition with fantastic hospitality wherever we went.

Thanks also to the WhistlePig and Moët Hennessy teams for putting on such a belter of a competition. We can’t wait to see what the final brings on July 4th and we will of course be bringing you all the news from there that week.