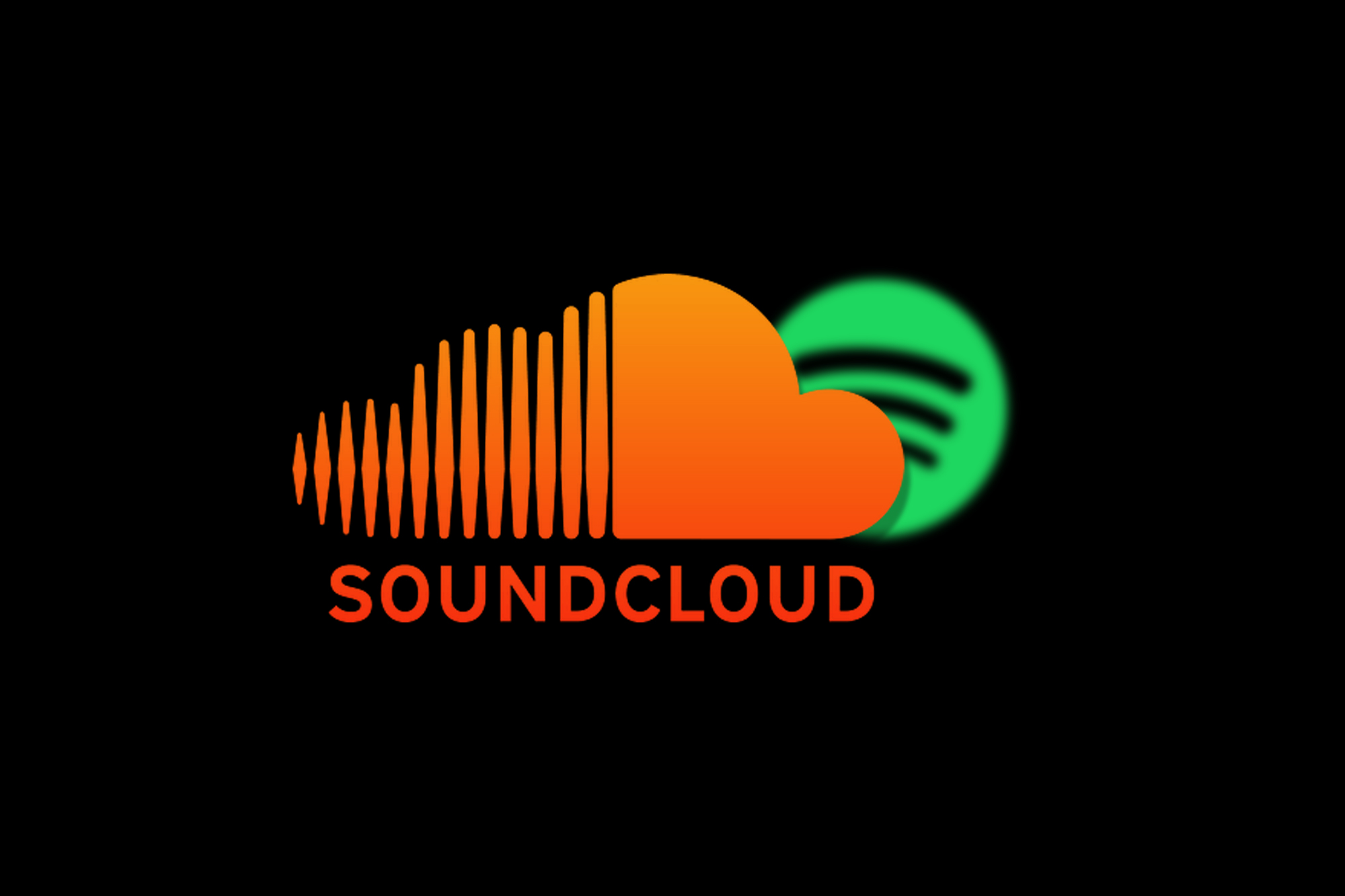 Is Soundcloud Now a Viable and More Ethical Alternative to Spotify For Your Bar?

Is it time to change your music streaming service?

Over the last ten years or so, the bar industry has become much more aware of its impact on the world. Whether it be waste, energy use, sustainability, or worker well-being, the industry’s outlook has changed for the better, with many bartenders and operators now making thoughtful decisions that put the environment and ethical practices at the top of their agendas.

Part of this process of change has been the reevaluation of old methods, so established they had become unthinking or habitual, and making ethical changes – swapping national or international suppliers for local ones to reduce food miles, for example. However, if there is one vital component of a bar’s offering that hasn’t had a similar ‘ethics examination’, it could well be music, for the simple reason that one major player has expanded to the point of being almost ubiquitous. As individuals or businesses, if we want to listen to music, most of us (in the West at least) reach for Spotify. or its commercial-use arm ‘Soundtrack Your Brand‘.

Spotify embodies the injustices of the World’s capitalist society in microcosm. Hosting music from around 4 million artists, Spotify pays around 90% of its streaming royalties to just 43,000 of them. As a mean average, this top tier of 10-per-centers earned something like $22,000 each, per quarter in 2020, while the rest of the artist pool shared the remaining 10% of revenue between them, which by the same mean average method worked out in 2020 to be about $36 a quarter.

At the heart of this massive disparity is the way Spotify pays royalties. Rather than getting a fixed amount of money every time a song is streamed, artists get a pro-rata share of a pot of money that comes from listener subscriptions and advertising revenue. This might seem fair at first – the more times an artist’s songs are played, the bigger the share of the pot they receive – but, as you might expect, there are various bits of chicanery going on that mean independent artists, ie those in the bottom 90% tier, get shafted.

For a start,  the size of the royalty pot is subject to questionable, if not insane, decisions by Spotify’s leadership. In 2020 Joe Rogan was paid somewhere between $100M and $200M for the exclusive rights to his podcast. That money came out of the royalty pot, meaning the pro-rata value of music streams went down in favour of the ravings of a right wing conspiracy nut. The likes of Taylor Swift and Ed Sheeran probably didn’t notice much of a dip in their multi-million royalty earnings, but independent artists certainly did.

Another issue stems from Spotify’s murky relationship with record labels. To keep growing its subscriber base, Spotify needs superstar artists in its library, and these artists are invariably represented by labels. It is widely believed within the music industry (although it must be said that this is rumour rather than proven fact) that to facilitate this, ‘non standard’ royalty rates are given to top-tier artists, meaning their streams pay more than those of independent acts. Also, in a playlist-driven world, the big streaming bucks come when a song is included on one of Spotify’s editorial playlists, which generate millions of monthly streams, and it is generally believed by industry insiders that such placement is guaranteed for represented artists, while no such guarantees exist for those releasing music independently.

These reasons, and others (including the fact that independent artists have to pay to get their music on Spotify) mean it is becoming increasingly difficult to view Spotify as an ethical company to support, especially if you have any love for independent artists and a desire to see the indie music scene flourish and artists earn a living wage.

Soundcloud as a more ethical alternative?

Soundcloud has been around since 2007, and for much of its life was seen as the scrappy, ‘budget’ music streaming service, where garage bands and rappers with badly-drawn facial tattoos posted their music. However, over the last few years the service has evolved, with quite significant improvements made to its app and the services it offers artists. The most significant change happened in 2021, when Soundcloud moved from the Spotify ‘pro-rata pot’ payment method, to a system it calls ‘fan powered royalties‘. Under this system, artists are paid a fixed amount every time a song is streamed – so if you play a track 20 times, the artist gets paid directly for 20 streams. This is much fairer for independent artists, as it levels the royalty playing field and directly rewards the making of good music that people want to listen to.

Soundcloud currently has around 20M artists in its library, far more than Spotify’s 4M. This is because anyone can upload music to Soundcloud, without having to pay a distributor or be signed to a record label. It’s fair to say this means there is a substantial amount of shoddy music on Soundcloud, but most of the major main stream artists now list their music on Soundcloud, as do the well-known-but-unsigned indie artists. Soundcloud’s curated playlists are excellent too, and contain a much broader mix of famous and unsigned artists than similar playlists on Spotify.

In a nutshell, following a couple of years of development, Soundcloud now has the vast majority of music you currently listen to on Spotify, plus a lot more music by independent artists, who it treats and pays more fairly than Spotify. The Soundcloud app works well, has excellent curated playlists, and ad-free subscription to both services costs about the same, meaning, Soundcloud has now become a viable, and potentially more ethical place to source the music you play in your bar.

What about my playlists?

The thought of losing or having to manually convert a collection of carefully constructed playlists could put a person off swapping from Spotify to Soundcloud, but happily there’s an app for that. Soundiiz is a service that painlessly does this task for you – simply sign in, connect your Spotify and Soundcloud accounts, and tell it which playlists you want to convert and it does the rest. The basic service – which can do one transfer at a time – is free, or you can pay £3 a month (cancel any time) for an upgrade which lets you batch-process playlists, and will also maintain a real time sync between Spotify and Soundcloud should you want to keep using both streaming services. I’ve been using Soundiiz with Spotify and Soundcloud for several years, and have found that for the genres I listen to – electronica, EDM, techno, downtempo – the library match between the two services is about 90%, meaning the Soundcloud library generally has 9 out of 10 songs on a Spotify editorial playlist.

From a listener’s point of view, Spotify is a good service. It works well, offers decent value for money, and it’s just ‘easy’. From the perspective indie music artists, it’s a shit show that only cares about chart-topping acts and subscriber growth. Like many big companies, Spotify is grateful for our laziness – there are other, better and fairer alternatives out there, but habit and the effort involved in making a change keeps us tied to the likes of Spotify and Apple, and they continue to grow at the expense of musicians, content creators, factory workers, and other ‘expendable’ human resources.  The aim of this article is not to say Soundcloud is the right choice for your bar, it might not be if your customers expect a 100% Radio One sound track. Instead it’s intended to make you think about music in the same way you might think about gin or wine – something important to your bar, that is made my humans with love, and who deserve to be paid fairly for their efforts.

A Note on PRS and PPL

You may be thinking ‘hang on minute, I pay for PPL and PRS so why do streaming royalties matter?’ The simple answer is that in order for PPL/PRS to collect royalties, an artist must first join those organisations, which costs £100. This outlay makes sense for artists that get radio play – BBC6 music pays about £5 per minute of airtime, for example. But for independent artists who rely on streaming, it takes literally thousands of streams for PPL royalties to kick in, and it may take years for the joining fee of £100 to be recouped. For this reason, PPL/PRS membership is prohibitively expensive for many indie artists and direct-royalties from the streaming service are their only income stream, especially when it comes to Spotify’s commercial use service, Soundtrack My Brand, which is heavily tied to the major record labels.