During London Cocktail Week, BarLifeUK attended Diageo’s Community Day social event, and listened to the World Class team talk about their vision for the 14th edition of Diageo’s epic bartending competition. The key impression we took away from the session was that the team want World Class to be a competition you enter because of what you will experience and learn along the way, rather than a simple ‘winner takes all’ affair. 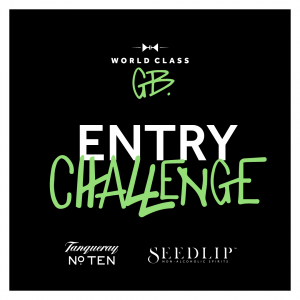 This impression is borne out by the official launch announcement which speaks of: “a host of prizes being awarded throughout the competition, individual achievements and mentoring opportunities awarded throughout each stage of the programme, providing both seasoned and new bartenders alike a chance to hone and progress their mixology skills, and also get valuable feedback from leading industry figures. This year’s programme will also focus on the journey competitors experience during the competition as well as the opportunities taking part could present.”

While the overall theme or objective of World Class has evolved, the entry mechanic will be familiar to anyone who entered in previous years. The first step is to submit a cocktail to one or both of the initial challenges (more on this shortly) by by 23:49 on 20th January 2023. The top 100 entries will then be announced, and the World Class team will visit each competitor in their bar to provide one-to-one feedback and mentoring on their entry – a pretty huge undertaking by any account.

At the end of this process, the top 50 competitors will be invited to come together in a fully immersive day of competition to present their drinks, with the resultant ten finalists going through to compete in the GB final which will take place at Johnnie Walker Princes Street, in Edinburgh. The eventual champion will then go on to represent Great Britain at the World Class Global Final in Sao Paulo, Brazil in September 2023. 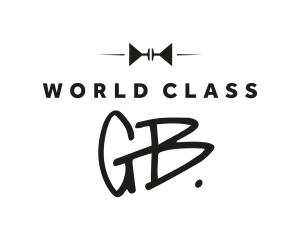 The judging panel for the latter stages of the competition is as esteemed as you would expect, with Maura Milia, Bar Manager at The Connaught bar, Erik Lorincz, World Class Global Winner 2010, Sandrae Lawrence from The Cocktail Lovers, Deano Moncrieffe, Founder of Equal Measures, and Iain Mcpherson, legendary Edinburgh-based bar owner, involved. BarLifeUK is on the panel too, but we felt weird describing ourselves as esteemed, so we’ll just say we are excited to be a part of World Class 2023 and can’t wait to see and taste your drinks instead.

If you are interested in entering World Class and find yourself in London on Sunday 27th November, Diageo World Class GB will be hosting an event at Artesian at The Langham at 8pm. The event will showcase the entry challenge brands, and provide an opportunity to ask the World Class community any questions relating to the competition. World Class and The Artesian has also partnered with Matt Arnold (previous World Class finalist) and his team at Passing Fancies, Birmingham to create a selection of delicious World Class cocktails for the night.

It’s going to be a fantastic competition and a great learning experience for everyone involved, and we encourage you to start working on your First Challenge entry, or entries, and leave you with these quotes from the World Class team:

Pippa Guy, World Class GB ambassador: “World Class GB 2023 is set to be an extremely special programme and we cannot wait to get started. We have so much talent across the UK, so it feels great to be able to showcase the community’s creativity and skill. We have exciting challenges in the pipeline, some great events such as our launch event at the Artesian later this month, as well as some amazing prizes to be won throughout the programme and I can’t wait to see the serves everyone comes up with.”

Jo Last, World Class GB ambassador: “Diageo World Class really does showcase the bartending community’s passion in creating outstanding drinks as well as supporting each other to develop. I am really excited about this year’s World Class and to work with those starting their careers in bartending, helping them to hone their skills and hopefully win some great prizes too!”

Anyone wishing to enter the competition this year will be tasked to design a cocktail based around either Tanqueray No.TEN or Seedlip, with the ‘Balanced Botanicals’ challenge requiring bartenders to create a four ‘element’ cocktail containing:

Tanqueray No. TEN – one citrus inspired element, one floral inspired element and one other element of their choice.
Seedlip ‘Back Yard Bartender’ – develop one non-alcoholic cocktail using one of the Seedlip expressions and is inspired by the beauty of nature.

Bartenders need to submit one or both cocktails by 23:49 on 20th January 2023 on /www.diageobaracademy.com/en_zz/world-class-finals-gb/
To win one of Diageo World Class GB’s extra prizes, make sure to keep your eyes peeled on entry mechanics.