Now in its sixth year the 42BELOW Cocktail World Cup is firmly established as being one of the biggest in the world and more extreme than wrestling a Grizzly Bear wearing nowt but a salmon codpiece (salmonpiece?).

The 8 teams from across the globe including Team London, Team Ireland and Team Belfast were greeted in Queenstown, New Zealand in the only way 42BELOW knows, by throwing them off a bridge. Luckily a length of rubber was attached to their ankles at the time, so after being winched back up they started a 6 day extravaganza of a competition that would crown the eventual worthy winners.

Stage one of the event was a ‘Modern Mocktail’ shake off with the Australian team taking the honours with a ‘Peach, Plum, Rock n Pop’ drink. Next up to, ensure the alcohol levels didn’t drop too low, (it’s cold in Queenstown so important to keep warm) was the ‘21st Century Punch’ challenge which was taken out by the old enemy Team USA, with a ‘42 and Cloudy’ (we can only assume that the drink was better than the name).

Day three saw big hangovers, bigger Bloody Marys and the now famous ‘Ready, Steady, Shake’ round with each team given a box of mystery ingredients including the usual weird items such as fig yoghurt, kumquat liqueur and wasabi and then given 7 minutes to invent a drink. Using their experience of this format Team New Zealand claimed the day’s prize, with ‘It’s 42bro’.

With a quick, and suitably bonkers trip to Wellington, the teams jumped straight into the Modern Martini round, with Team Ireland doing it for the UK with a ‘Kia Kaha’ (which means ‘stand strong’ in Maori although) which was a mix of 42BELOW pure, Lillet Blanc and sprayed with Feijoa mist.

Not only did they win but got a complement and a half from judge Jim Meehan (the US Bartender of the Year and PDT main man) who said through sips “it’s a drink I would be proud to serve in my bar”.

After a couple of days preparation, it was time for the big one. It is with begrudging congratulations that we announce the winners were Team USA, who according to the judges had been strong competitors throughout the event.

They won with the snappily titled ‘I have too much thyme on my hands right now at this point in my life’ (recipe below), the presentation of which included Run DMC tunes and black tracksuits.

Second place went to France and third to home town heroes New Zealand. Some of you may have noticed that whilst Team Ireland took out a challenge Team London have yet to get a mention. Well, we can tell you that whilst they may have not won the competition, the boys did produce the talking point of the competition (rumour has it the Queenstown police were involved).

Danny Winter summed up the feelings of the whole team by saying “being woken up at 7am to do crazy things and then having cocktail competitions in the most beautiful settings in the world was truly awesome”.

So congratulations to Team USA and next year we are having that trophy back! 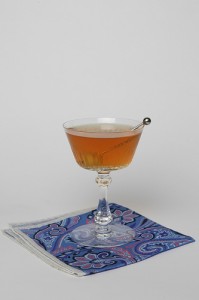 I haven’t got Thyme to type the full name…