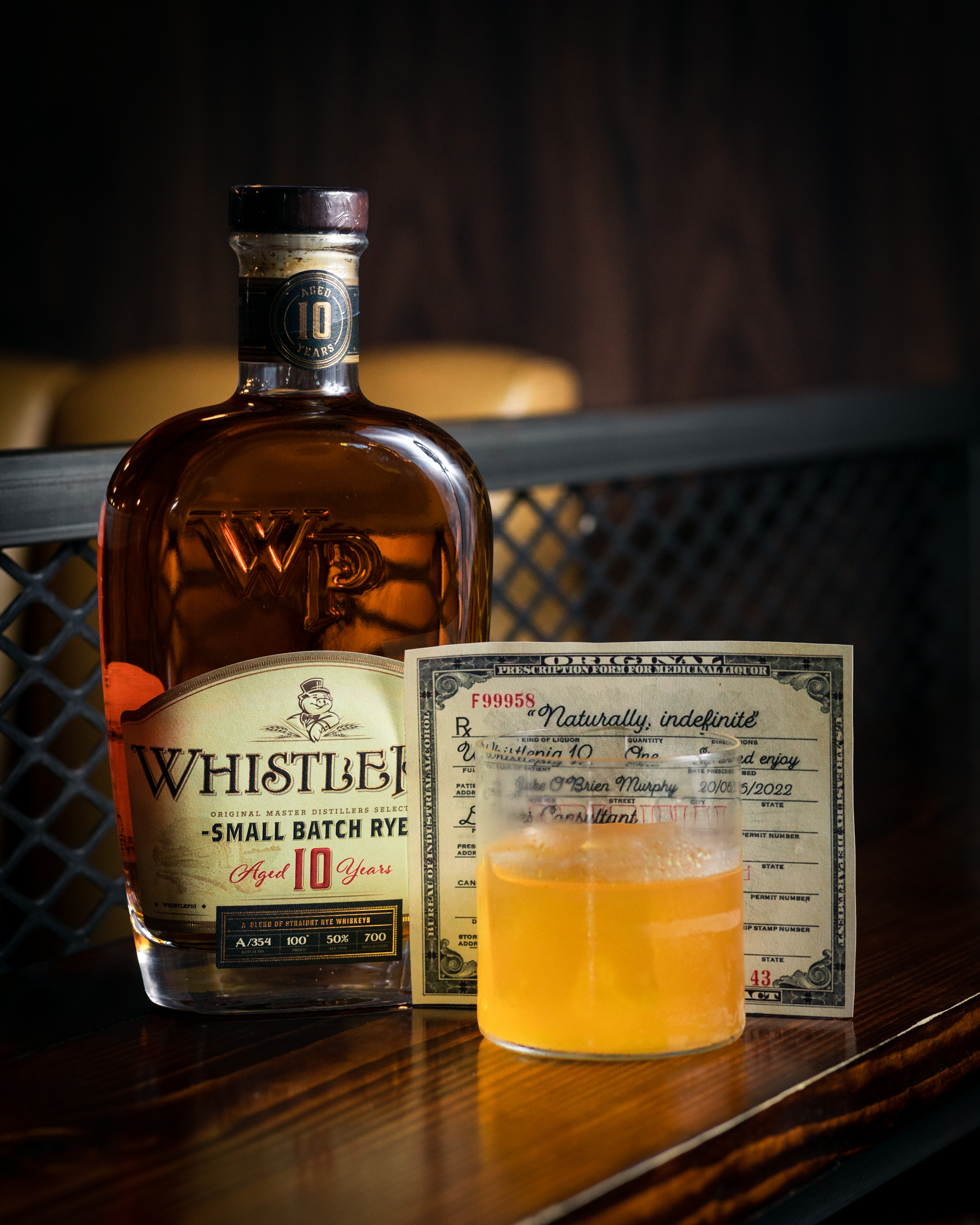 The penultimate heat of the WhistlePig competition tour saw us in the beautifully sunny city of Glasgow.

After the previous three heats had seen some superbly creative takes on the ‘No History, No Rules’ brief we were excited to see what Scotland had in store. As I entered our home for the day, the wonderful bar that is The Gate, and dumped my bag I had no idea just what was going to be coming my way as the day unfolded.

I was looking forward to seeing old pal Jamie Mac who would be joining BarLifeUK and Moët Hennessy’s creator of drinkable things Jake O’Brien Murphy on the judging panel. Jake had spent a lovely evening beforehand at Glasgow institution The Pot Still doing his very best for Liverpudlian/Glaswegian relations, but he was fresh and ready for action.

With the bartenders briefed (8 minutes to make 3 serves of their entered cocktail and entertain the judges and the crowd) we settled into our judging positions.

I have long ago realised the phrase ‘I’ve seen it all’ will never apply to cocktail competitions, or indeed bartenders, and no truer has this theory been than whilst judging the WhistlePig competition. Bartenders across the country have been pushing themselves to take just one more step, push that boundary just a little bit further, twist that rule a little bit harder. Then Ashton Williamson from Barnomadics in Edinburgh happened.

Ashton has not done a competition for 5 years, and seeing what he put into this one I’m not surprised, in actual fact I think he may have been working on this drink for that entire time. To give you a hint of where we are going with this drink and presentation the name was a French phrase which when translated means ‘Juice of the Pig’ and for all elements of the drink he teamed up with an Edinburgh butchers called George Bowers.

The creation which Ashton was to put together (and talk about with joy and excitement that were only matched by his ability to make the complicated seem very simple) was based on his desire to take the process of fat-washing a liquid to the next level, that level is, apparently, collagen. To do this Ashton picked two key ingredients, pig trotters and vermouth, the pig trotters were very slowly cooked and then treated in a couple of different ways to extract the pig flavoured collagen. This was then used to ‘fat-wash’ the vermouth to create…….. Verhoof.

This Verhoof was combined with WhistlePig and his homemade blood bitters (yep using pig blood from said butchers) for his drink. The thing with experimental drinks is that on the day they don’t always go to plan and despite every part of my body wanting to love the cocktail it just didn’t come together for him. I wanted to tell you all about this drink though to show the sort of creativity that the WhistlePig competition has brought out in people and give props to Ashton and his efforts. For the record the Verhoof itself was really tasty and we will be bringing you an article very soon about the processes he went through so you too can try a collagen-wash yourself.

Also spare a thought for William De Jong from Century Bar at The Gleneagles Hotel, on any given day the processes he went through would have easily had him as the most maverick thinker. He linked together the Gleneagles estate and the WhistlePig farm brilliantly, even using pine water from the estate to lengthen his drink. However, his real innovation came from bottling the cocktail and ageing it for 2 ½ weeks underwater in a Gleneagles lake, this slow movement of the bottle combined all the ingredients together and changed the mouthfeel in a fascinating way. Oh and it was his first comp!

There were a great many other things to celebrate during the competition. Dario Orsili from Scotch at The Balmoral introduced the judging panel to Pino Mugo, an Italian pine liqueur, which he used to great effect in his Call Of The Forest serve. Glenn Woodage of Cameron House Hotel was also popping his comp cherry and appropriately made a delicious black forest gateaux inspired cocktail. The Ubiquitous Chip’s Nikolaos Perakis produced one of the tastiest whiskey and ginger serves I have had in a long time and I was itching for another one a few hours later on our train to Leeds.

There were two competitors who managed to get the balance of drink and presentation spot on and bag themselves the spots at the final in London on Monday 4th July.

Robyn Clamp from The Gate showed that going first is no disadvantage and producing one of the drinks of the heats. She wanted to work with ingredients she’d not previously worked with and also ones that were ‘piggy friendly’ i.e. not using animal products. This led to a serve with the base of avocado which was turned into a butter (using a vegan butter) to butter-wash the WhisplePig 10 year old, added to this was Suze, a homemade orgeat (using the leftover avocado pits and coconut) and cardamon bitters. The resulting drink both looked and tasted absolutely superb.

Another heat done and it was time (after a couple of drinks of course) to head down to Leeds for last one. As always thanks to all the competitors and supporters for their time and effort. A special thanks to Ally from The Gate who managed to keep everyone watered, cook a fantastic lunch for the whole room and barback for each of the competitors, absolute legend.

All photos courtesy of the superb @danny_mcmaniel

Stirred down and served over block ice.

Shake rye, soju and cordial together with saline, double strain into a highball, top with soda.