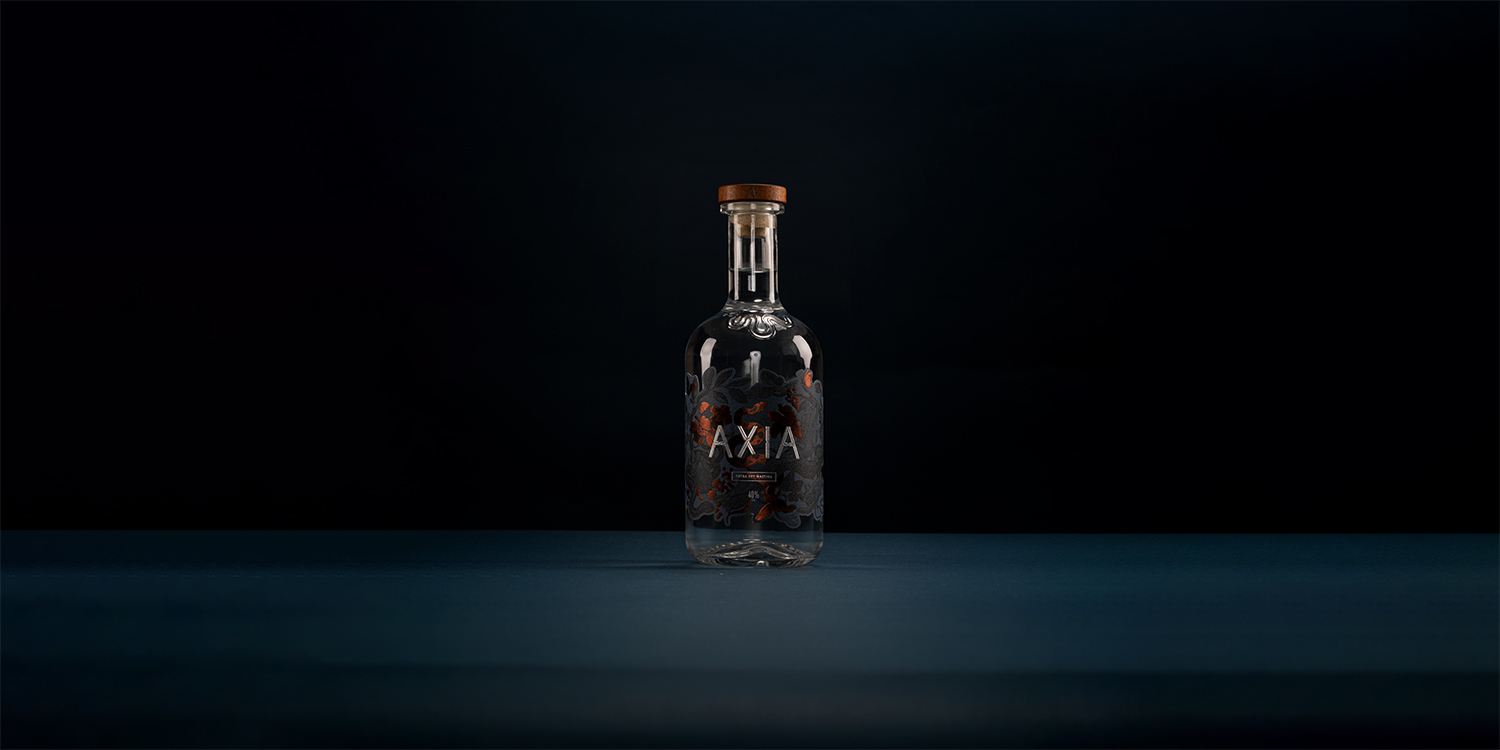 A couple of weeks BarLifeUK got onto a real-life plane and headed to the Greek capital city with Axia.

In the weeks leading up to the trip we were told many times that Athens is the best Bar Show in the world at the moment. So our expectations were high as the jet’s wheels touched the ground and a couple of hundred people started calculating how long it would be before they could take their bloody masks off.

Note: If you would like to find out about Axia without the Athens Bar Show chat click here

We have spent over 25 years running and visiting Bar Shows across the globe and in that time have discovered one aspect that separates the good from the great. The best shows are more than a series of stands and talks, they are events that shine a spotlight on and celebrate the hospitality industry of their country or city.

A few years ago Bar Convent Berlin was the master of this. With the show having not just exhibitors and seminar rooms, but areas specifically for people to catch up with friends from far away, plus of course the many events at bars and restuarants across the city in the evenings. The celebration was run by the team behind Mixology magazine and their passion for their countries scene was evident, however since its sale to a big multinational money rinsing behemoth it has become a shadow of its former self.

An Athens Love In (or out)

It was evident within a couple of hours of arriving, that Athens Bar Show had picked up that baton. Everyone we met was giving us tips of where to go and what was happening nearby (in Athens most everything is nearby in regard to hospitality), which drinks were must haves and which bartenders to give a high-five to. Having never been to Athens I was immediately sold on the city and by the end of the trip the country as a whole.

With all that Greek love happening it was fitting that our hosts for the 2 days were one of the countries newest brands, and one taking the rich heritage of its land and bringing it into the hands of the modern bartender, Axia.

We’d first tried Axia a couple of months earlier at its UK preview in Tayēr + Elementary. The drinks on the night were superb but then again it was Monica and Alex, and those two can even make fucking Kummel taste good. We did get to try it neat as well and were sold on the extra dry Mastiha spirit and looked forward to plenty more on the trip.

Before that there was dinner and drinks to be had with two of the company’s founders, Adrian Clarke a 7thgeneration member of the Bacardi family with extensive distilling experience and Tony Chvala a marketing powerhouse. It was great to sit around a table with them and chat about the brand whilst enjoying some great food. After that there were drinks in some of Athens best bars – Baba Au Rum, The Clumsies, The Bar Infront of the Bar, 7 Jokers – I say in, it was mainly outside them on the streets. Athens was packed and around every corner was another familiar face.

After an unknown amount of sleep that definitely fell into the ‘someone got overexcited last night’ camp it was time to hit the show proper for the first time.

In this day and age large gatherings always have a cloud of Covid hanging over them, not if you put all the stands outside though, thankfully with no real clouds in the sky. Spread out over several outside areas were stands showcasing the big players you’d expect as well as local companies and brands. Walking around in the sun chatting to people and drinking delicious booze is, as you can probably appreciate, a pretty good way to spend a few hours.

As with all shows though there was learning to be done too, with a series of talks happening in the indoor theatres throughout the two days. Experts (and Jake Burger) from across the globe had gathered to share their knowledge and stories with the attendees but there was one session we were particularly interested in, the Axia Masterclass.

Leading the session was the Axia Global Brand Ambassador Giannis Miliotis, a Greek ex-bartender with a longstanding love of all things Mastiha. So let’s get into Axia and have a proper look at this new spirit and the fascinating mastiha which is at its heart.

For those of you who haven’t heard of mastiha before it is the resin that comes from the Mastic tree. Mastic trees grow all over the world, you could probably grow one in your back garden if you wanted, but only on the island of Chios in Greece do the produce masticha, and even then only in the south of the island.

The locals refer to the seeping of the resin from the trees as the trees crying due to the teardrop shape they make. Apart from old wives’ tales there is no definitive reason why it is only the south of Chios (it is said that if you move a tree from the south to the north of the island it will stop crying) that see the trees produce, but you won’t be surprised to hear that Chios Mastiha is protected by the European Union as a Protected Designation of Origin product (PDO).

Not only can mastiha only be found on one half of one island, it can only be harvested between July and October each year. As a result it isn’t surprising to hear that mastiha is a prized and expensive product. Each tree can be harvested for 70 years so it is also one of the most sustainable botanicals available.

The resin was discovered no later than the 5th century and is the original chewing gum, with Ancient Greeks (followed by Romans and so on) using it to freshen their breath. We got to try some at the show, basically you take some of the resin and stick it in your gob, it starts hard and slowly softens up, at the beginning it has a bitter taste but as you chew the herbaceous notes that Axia was drawn to come through.

Mastiha is also widely used in Greek cooking, from cheeses to deserts but it is as a liqueur it is best known these days (it has also been used as a snakebite antivenom for centuries – we didn’t try that at the show!). If you have ever been to Greece, or a Greek restaurant, and had a shot of something sweet and a bit piney served to you at the end of your meal then you have tried Mastiha, this sweet liqueur is also known as Mastika and this is how we will refer to it from here on in for ease of reading.

Mastika is a still very popular drink in Greece, but its sweetness and Grandma vibes have seen it fall out of favour with young drinkers and cocktail bartenders. This is the reputation of mastiha liquids that Axia wanted to challenge.

This is where another of the founders, Nikos Kalogiannis, enters the story. He is a 5th generation Greek ouzo producer, and it was his expertise that Adrian brought in to develop what is now Axia. They spent three years working, experimenting and playing with mastiha, producing untold variations before they found the perfect formula for a dry, mastiha spirit.

When they say dry, they mean it, unlike Mastika there is only 0.5% sugar in Axia and for all your health-conscious customers it has 30% fewer calories than vodka and still comes in at 40% ABV.

Axia is produced under the watchful eye of master distiller Maroussa Tschaki at the Plomari Distillery on the island of Lesvos just north of Chios. The raw mastiha crystals are first macerated before being twice distilled using traditional hand-crafted copper stills.

As for the taste you can expect notes of bergamot, cedar, cypress, mint grass and pepper with a fragrant, rose aroma. In short it is eminently mixable, as we have discovered numerous times over the past couple of months.

The trip wasn’t yet over, a cocktail tasting at the beautiful Baba au Rum, an Axia party on the rooftop of a bar overlooking the beautiful city of Athens followed by another night out bar hopping further proving my off switch is faulty. The next day saw a guided tour of the Acropolis which was simply amazing and a final stop at The Clumsies for a much calmer experience of the bar.

A huge thanks to the Axia team (especially the ever patient Bea) for their hospitality and making the trip so much fun. Thanks and congratulations also go out to the Athens Bar Show team for a truly amazing event and certainly the best Bar Show we have been to in many years. As always thanks (I think) to the Cask team for the late night laughs.

If you want to try Axia get hold of your local Cask Liquid Marketing rep or check out their website. Alternatively google it you lazy gits.