During London Cocktail Month BarLifeUK were invited to a Ron Santiago de Cuba rum tasting and learnt a lot whilst sipping on some Cuban rums.

It isn’t the sort of invite you turn down. A tasting of some of the superb Ron Santiago de Cuba rums (include a rather special one), hosted by Ian Burrell, at a venue the likes of BarLifeUK don’t usually get let into, Annabel’s. 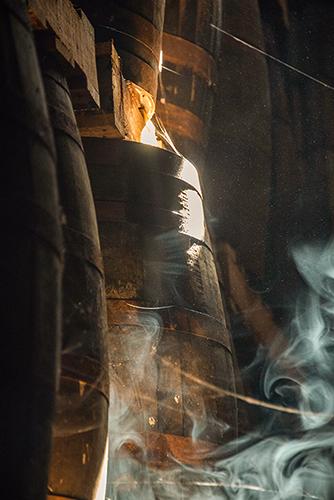 We have been very lucky to go to some amazing rum distilleries over the years across the Caribbean, however Cuba is a trip that has so far eluded us (was that a subtle enough hint?). As a result, our knowledge of the Cuban rum making process isn’t as deep as rums from the likes of Jamaica, Barbados, Guyana, Puerto Rico etc.

What we did know was reinforced by Ian as we started tasting the 4 expressions of Ron Santiago de Cuba in-front of us. Cuban rums are designed to be at the lighter end of the rum spectrum. It’s what makes them so popular in cocktails, just think of those Cuban classics such as the Daiquiri, Mojito or El Presidente.

As such the barrels they use to age in, tend to be older barrels that have previously been used so a majority of the ‘flavour’ they can impart on the rum has been taken away (more on this shortly). The rums must all be made from Cuban sugar cane and distilled in column stills (although historically pot stills were also used).

The fermentation period in Cuba is much shorter than in most rum producing countries with only 24 hours being used. The rum is also charcoal filtered (although the type of charcoal used is one of those secrets rum producers love to keep). We have skipped over these elements a little here but if you would like to find out more we suggest the superb Cocktail Wonk Cheat Sheet article which you can find here.

This was the element of Ian’s talk that really caught our attention, and the more he spoke about it the more we were intrigued.

Let’s start by doffing our fancy Cuban hats to the folk who have turned this type of ageing into an artform, the Maestros Roneros, or master rum makers. These knowledgeable folk are involved in all aspects of the rum making process, but it is their ability to select and balance the different aged rums that really makes them stand out. Incidentally you’ll note we didn’t use the word men at any point there, that is because in 2016 a lady by the name of Salome Alemán Carriazo became the first Maestra Ronera, and several other women are currently in the training phase.

All Cuban rum must be aged at least twice and for many of the more aged expressions three times.

The first ageing takes the distillate from the column still at around 75% ABV, this is known as aguardiente (or fire-water). Fire-water seems to be a bit of a misleading name as it is apparently an aromatic and flavourful product, which the aforementioned Cocktail Wonk said he ‘would happily drink in much the same way I consume unaged rhum agricole’. 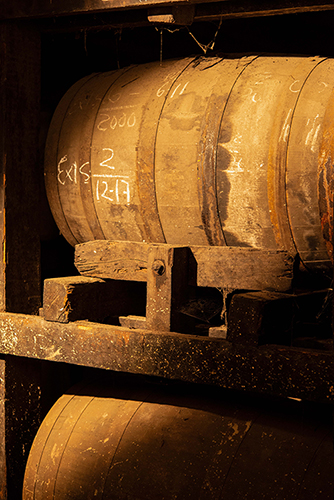 This aguardiente is then aged in used but newer barrels (often Irish or Scottish) of 180 – 200 litres for a minimum of two years. After this ageing process the rum is charcoal filtered. From there a second type of distillate (which has also been charcoal filtered) known as destilado de caña, or our preferred name redistillado, is added, this is closer to 95% ABV, along with sometimes water.

This is a base rum which, despite the two years a majority of it has spent in barrels, is considered unaged. This is important to note as any age statement you see on Cuban rum bottles does not include the first two years mentioned above, the age statement years start from the next ageing period.

As you can imagine the length of ageing, the type of barrels used, the product itself, the percentages of aged aguardiente and redistillado added along with the water or lack of it, produce a huge variety of different base rums. This is where the years of training for the Maestros Roneros really comes into its own.

They then combine these different base rums to the perfect blend before they are once again aged. Just to really confuse things often they will add rum that has already been aged twice, and ready for bottling but held back, to make sure they get the desired result. These combinations are this time put into Oak barrels (usually also 180 – 20 litres but never more than 500), which don’t forget are typically older and used so as to depart less flavour, to age once again.

Just to really show how serious they are about ageing, by law any day during the ageing process which sees the temperature fall below 15 C is excluded from the ageing time!

For older rums (known as dark-brown) a third ageing process is used. This is simply because over time the oxygen levels inside the barrels deplete and therefore the amount of flavour change neutralises. As a result older rums are allowed access to oxygen to wake them up and then placed again into Oak barrels, these ones are really old and generally considered to be neutral.

This is an extraordinary process and you might wonder why the hell they would put themselves through all of that effort. I must admit it was a question I was asking myself until we tried the Santiago de Cuba 11 and 12 year old rums.

With age statements so close from a brand which produces all its rums in one distillery using the same base product you would be forgiven for thinking they’d be very similar. Yet the difference was marked. They had similarities of course, you’d expect and want a similar backbone, but both the aroma and taste were distinctive in each glass. Everyone had a firm favourite between the two which just showed the skill of the Maestros Roneros and the differences those skills can make.

It was an eye-opening afternoon and a great glimpse into the world of Cuban rums. I hinted earlier at a rather special rum we got to try. Well, it turned out we were the first people in the UK and amongst the first in the world to try the latest expression from Santiago de Cuba their 8 year old, and it ended up being my favourite of the day. If you’d like to find out more about it then head here for the low down.