Walsh Whiskey, producers of Writers’ Tears and The Irishman, was established in 1999 by Bernard and Rosemary Walsh. Its exclusively premium and super-premium, triple-distilled, craft Irish whiskeys are made using the finest single pot still and single malt whiskeys. Most notably of all, Walsh Whiskey is the only house that blends these two premium whiskey styles, in different ways, offering truly unique taste experiences. 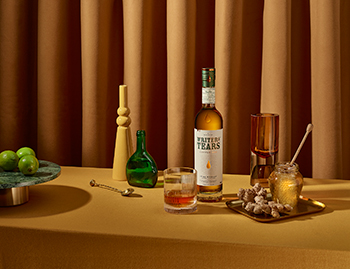 They will be joining a portfolio including No. 3 Gin, The Glenrothes, The King’s Ginger, Berry Bros. % Rudd Own Selection spirits and vermouths produced by Spanish producer Bodegas Lustau.

If you haven’t had the chance to taste their creations yet, then you are in for a treat. The expressions we have tried have all been delicious, yet each brand has its own unique character:

If that has wet your whistle then here is the really great news, Walsh Whiskey and Berry Bros. & Rudd Brands have kindly offered up a bottle to one of you lovely people to celebrate the news. Simply fill in the form below and we will make the draw on April 6th and announce the winner.