Why Is Hospitality Still Being Singled Out by the Government’s Anti-Covid Rules?

History will probably show November 23rd as a great day in the coronavirus fight, the day the Oxford vaccine’s potency was confirmed. But the hospitality industry will be remember it for very different reasons.

Once again the UK government has singled out the hospitality industry for cruel and unnecessary punishment in its latest attempt to pin the tail on the solution. Following a second nationwide lockdown (which didn’t include education) the tier system coming into effect on December 2nd has been announced, and it doesn’t include shops, places of worship, education and gyms. It does, of course, include devastating rules for hospitality.

Now it is important to stress here that this isn’t an article to debate whether those other places should be closed as well (apart from potentially education but more on that later), it is simply about trying to understand the reasons hospitality has been highlighted, again.

Since the start of this pandemic hospitality has been the first ordered to close and the last to be allowed to open (with the exception of gyms in the first lockdown). Despite repeatedly being asked by the industry, the Opposition, the media and even members of their own party, the Conservatives have failed to provide any scientific data to support these decisions.

In fact when it comes to the 10pm curfew on Sept 24th the government’s own published data proved it didn’t work. On September 25th the 7 day rolling average of UK cases was 7,427 two weeks later (when the experts say results will be seen from any action taken) the number had rocketed to 16,192. I’m going to call that a fail.

The thing that makes this treatment even more galling is the fact that the hospitality industry would happily and proudly shut down if it truly did help the fight against the coronavirus. They went above and beyond what they were asked to do in many cases at great extra cost, to ensure their staff and customers were safe. This is an industry that would wear the ability to help the world as a badge of honour, baseless restrictions and bullying is instead what we have received.

There is some data for other areas however. Schools and universities for example.

On October 20th the BBC reported figures that revealed the impact that coronavirus was having on school attendance in England. In the week before 50% of secondary schools had sent pupils home because of coronavirus. Up from 21% the previous week and just 8% in mid-September.

Yesterday new figures were released which showed an extraordinary figure of 22% of pupils in secondary schools missed school last week with almost three quarters of secondary schools sending pupils home. With news that almost 900,000 pupils are currently out of school because of Covid incidents, Mary Bousted, co-leader of the National Education Union, said “The situation has reached a crisis point and the government cannot let coronavirus run riot in schools any longer.”

It isn’t just schools either, on the same day in October the government changed the way it records Covid data for England, resulting in an increase in cases for some areas. The change they made was the recording of students who had moved away from home to go to university, many had previously had their test results attributed to their home address not their current university address. When this data was updated many university areas rose, most notably Newcastle which saw its Covid case numbers increase by a quarter. A quarter, just from that one change, yet universities remain open.

Once again the government has proved that when it comes to data they pick what they want us to see, which goes another step towards proving the data for hospitality may well exist, it just doesn’t say what they want it to.

Should education be shut? That is not an easy question with so many parents relying on it as childcare so they can go to work and the importance it plays in the kids development, and shutting it down has been shown to adversely effect the poor much more harshly than the well off. However, with the National Education Union seeming to have doubts and the data definitely going the wrong way, it seems a serious conversation needs to be had about how it is being run.

When it was announced that, despite hospitality remaining shut, gyms were to be able to open there was a lot of consternation. It’s easy to see why. The idea that gyms, where people are sweating, breathing heavily, moving between machinery etc are safer than hospitality where everyone has to remain seated, wear masks when moving around and where staff are constantly cleaning the surfaces, is a hard one to take. 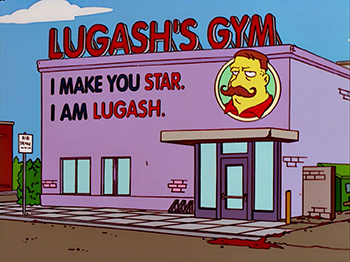 In our book though it was the wrong discussion. As mentioned earlier we don’t have a problem with gyms reopening. The reason they have been reopened is because of the importance of exercise on mental health wellbeing as well as general health benefits. We are all for this.

Here is the thing though. Before the pandemic struck approx. 9.7m people were members of gyms in the UK. A decent percentage of the population, even when you discount the people who don’t go often or at all, and take into account the numbers of people who will have to have cancelled their membership for financial reasons this year. Which leads us nicely onto the issue.

One very simple answer is opening hospitality. Whether it’s the old guy who lives alone and used to meet up with his mate over a pint of real ale twice a week or the single mum who used to keep her sanity by sharing stories and laughs with other mums over a coffee every Monday or the young professional who works their arse of all week and before returning to their shoebox flat in London used to sit at the bar and chat to the bartender every weekday, there are a lot of people who rely on hospitality for their mental health.

Every Mind have a list of ten tips for mental health and wellbeing, of those hospitality can directly help with five – ‘Take time out for things you enjoy’, ‘Nurture relationships and connect with others’, ‘Learn to manage stress’, ‘Get involved and join in’ and ‘Reach out for help when you need it’.

The hospitality industry doesn’t discriminate it is available to most, if not all, of the UK who are not isolating. This is all without mentioning the mental health of the over 3m people who work in the industry. At this time of year it is even more important.

The people with the power still think Christmas is exclusively about the nuclear family gathering together round a tree with grandmama and grandpoppy on December 25th. Chuck in the afternoon fox hunt and the annual butler baiting competition and they’re happy. The problem is they don’t see what we, those that work in hospitality, see, they don’t see how much more surrounds it and they haven’t bothered to ask. They don’t see the importance pubs, bars and restaurants play in the lives of so many around Christmas, especially those without a family to celebrate with.

If you want to close hospitality – SHOW US THE DATA

We write this article not to depress you, just the opposite. With as many repeated blows as the hospitality industry has had it is easy for us to get down, to let our heads drop and give up. Don’t let them do this to us. This article is here to stoke the fires again, to make sure we keep up the pressure on the government and the rest of the country to not let the hospitality industry die.

The hospitality industry is a vital part of this country. There is no logical reason why it is being singled out but don’t let that stop you telling everyone how vital it is. Don’t stop making noise.