A Break From The Bleak: Bartenders Share Favourite Bartending Moments

Writing for BarLifeUK over the past six months has, frankly, been depressing.

We signed on ten years ago to produce shits-and-giggles commentary on the bar industry, but lately it’s felt more like war correspondence. We’re sick of publishing a constant stream of bad-news articles, and we’re certain you are sick of reading them.

So, in an effort to lift your spirits and remind you why you chose to do the job in the first place, if only for ten minutes, we approached some bartender friends and asked them to recount fond memories of life behind the bar. Here are their responses:

The unlikely trio were on a bar crawl of London, taking advice on where to go next from the staff of each venue they visited. Max Venning, at the time working at 69 Colebrooke Row, sent them to see me at Callooh Callay as I was doing a tequila themed bar upstairs in the Jub Jub, with Mexican wrestling and bright colours, all that shit.

They walked in, and asked the very star struck host if Terry was working. He couldn’t quite believe they were asking for me, and after making them repeat my name 3 times sent them upstairs. I sent them to the bar without seeing who they were, and when I came back from the table I had been serving, had a weird moment where Mila Kunis was asking if I was Terry. ‘Wait, what?’ Are we in backwards land? Anyway, they were nice enough. Mila Kunis isn’t as good looking in real life. Ashton Kutcher is really shy, and Princess Beatrice is very polite, as you would expect.

I gave them tequila and sent them on their way. The best bit of the visit was at the end. The Royal Bodyguard bloke, who had been standing very still and very watchful at the edge of the room, took one final look around the room as Princess Beatrice walked out. He looked over to me as he was leaving, and gave me an almost imperceptible nod that said ‘Well done lad, you have protected my charge. I see you, and I honour you as one of our own. May you die a warrior’s death’.

I like to think of that host all these years later, still sitting at home, a wall full of pictures and string, chain smoking and muttering to himself, trying to figure out why the celebrities were asking for me. Did he mishear them? Was it all a jape? CONNECT THE DOTS.

I think one of my favourite moments behind the bar is when my now husband came in to the bar I was working in, before we’d had our first date. I just remember turning to my friend I was working beside that night and saying ‘I’m going to kiss that boy’ – spoiler alert – I did!

I was working as a barback in A cocktail bar, we decorated the place for Halloween and This is me dressed up for Halloween as Logan (Wolverine) I love cosplay. Although those claws broke in 10 minutes because the Bartenders thought there were so much fun to play with. I had a fun, daft shift. You should always be able to have some fun behind the bar.

I’ve been percolating for the better part of a week, attempting to select one moment, one memory, where I felt the calmness and comfort that comes from enjoying the good times. My conclusion is that it’s rather wonderful that I have had such trouble in a selecting a single instance. There is not one, there are hundreds, maybe thousands, and this alone is an inspiring revelation; I doubt many industries allow for this lev el of regular reward.

So, here’s a brief one I kept coming back to – it’s a combination of factors, a recipe, perhaps not for everlasting success but absolutely for the good times.

It’s 2015 and Joe and I had just opened Sovereign Loss in Brixton. This was the first time I had opened something that we had created with complete autonomy from scratch, power tools and our savings accounts. Nick had joined our team along with Daisy. Miren, Steph and Laurent came along shortly after. We had rapidly moved from being just an idea to a team; an empty space became a bar, and a room became a venue.

The night I remember was in March, it was particularly cold that year and for the first time we had a queue around the corner. The immortal words ‘if you build it, they will come’ had never rung truer, and I felt real happiness that our little bar was working. We sat 60 at a push – which included a ‘chefs table’ that was basically just barbacking with a martini. I think it was a surprise to us that we managed to generate a reasonable amount of popularity in only four months since opening the doors. I mean, we didn’t know how to use social media, had no budget and didn’t even get a sign above the door until later that year, so it seemed that word-of-mouth tactics had paid off.

This first night of weeds and teamwork that conjures great memories comes from the recipe we followed. Make a simple idea work well; the simpler it is the simpler it is to keep well-oiled. Then find the right people, or better yet, let them find you. Then the good times should keep coming and coming.

I remember going to a gin tasting one lunchtime, though I’d be safe as didn’t start work until 7 pm. T he tasting ended up being lunch… double Wray and tings and some quesadillas. Needless to say, I was late for work, slightly drunk and got a killer hangover during shift. Resulting in one of the waitresses handing me a champagne bucket to be sick in, as I was alone on the bar and no where to hide. I learned a valuable lesson that day! The great thing about being a bartender, isn’t just the community we create for each other but that we also create that for our guests. So they feel safe returning every time they have a first date, knowing we have their back. Help them celebrate and commiserate; say goodbye to friends and family. Bars are a big part of our communities, from the small village pub up the fancy city bar. 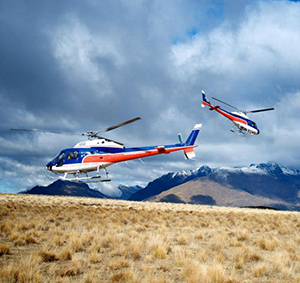 Not a bartending story, but… At the 42Below Cocktail World Cup finals in New Zealand, one of the competition challenges took place on top of a glacier, and the organisers hired a fleet of helicopters to shuttle everyone up and down the mountain. It was only a five minute flight, but still very cool.

At the end of the challenge, all the journalists were loaded onto a chopper for what we thought would be the quick hop back down the glacier. However when we took off, the helicopter turned away from civilization as took us on a thirty minute flight over mountain peaks and ravines, into a beautiful valley clearing, which turned out to be one of the filming sites for Lord of the Rings. Waiting on the ground was a luxurious picnic that had been laid out by a chef who had driven ahead in a 4×4.

The meal, in that incredible place, was sublime, and the experience was one of the best of my life. Things are shit now, but at moments when I feel like giving up, I look back on that helicopter trip and remember that many of my life’s best moments wouldn’t have happened were it not for the bar industry.

Why Is Hospitality Still Being Singled Out by the Government’s Anti-Covid Rules?

History will probably show November 23rd as a great day in the coronavirus fight, the day the Oxford vaccine's

More Tiers – Reopening (or not) Rules For December 2nd In England

Healthy Hospo's new App is here, it’s for your phone and it looks fantastic. There are some things we all