Hot on the heels of the recent announcement by London Cocktail Week of their plans, RumFest has also confirmed its new look format for 2020.

Much like London Cocktail Week, RumFest will be ditching their usual home, for them Earl’s Court, in favour of events in bars to support the industry. It will also be running for 7 days between 15th – 21st October. 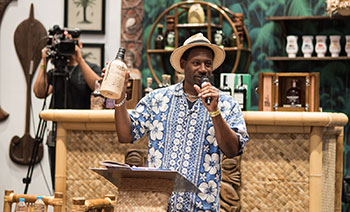 In-bar events will include hosted rum tours of some of their favourite London bars as well as Rum Spirited Dinners with rum and food matching.

RumFest will also be embracing online for those unable to make it to London. The Ambassador Seminar Sessions, hosted by the man behind the madness Ian Burrell, and the Rum Experience University, previously featuring the likes of Joy Spence and Richard Seale, will be both live and online. A limited number of tickets will be available for those able to attend in person whilst others will be able to book into the online versions.

Plenty of other events are planned, including a speed dating inspired event with rum experts called Rum Relay, a virtual rum carnival with music, tastings, cocktail classes and we hope a large dose of silliness. There will also be the RumFest Trade Show, albeit in a scaled down format, we will bring you more details on that and the other events next month when they are confirmed.

Looks like October is going to be a busy month for the London bar scene. To keep an eye on what is happening you can check out the RumFest and London Cocktail Week websites.

Budget 2021 – The Key Points For Hospitality