Recently Jay Rayner caused a ruckus is the bar industry with an ill-informed article about his hatred of gin ‘Why am I supposed to like gin? It’s just ruined vodka’. This is our response:

I live in a daily fear that, like Noddy in Noddy Goes To Toyland, I’m a carved-wood figment of Enid Blyton’s imagination. That I will be embarrassed at a dinner party when people discover that, deep breath, I don’t have a favourite restaurant reviewer. 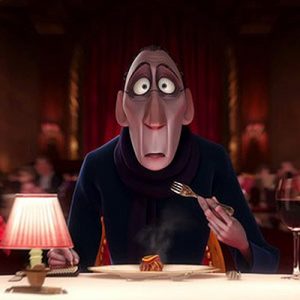 It’s worse than the time I admitted I didn’t like human beings, although all restaurant reviewers are human beings so that doesn’t make much sense, similar to, oh I don’t know, saying I don’t like gin and then revealing I don’t like Negronis. Just off the top of my head.

But restaurant reviewers: today, every publication has to have one. They are everywhere, like racists in the Tory party. But being published is not the same as being good. I dislike the self-importance of their overly wordy reviews, the references to books no one has read, but everyone pretends to understand.

As the number of restaurant reviewers grew, venues across the country had to start reinforcing their seats just in case one of the morbidly obese food destroyers entered. As the battle erupted to see who could be the most savage, who could use the most words to describe ‘under seasoned’, I became increasingly cynical. Restaurant reviewing, I decided, was for people who wanted to show off how clever they are to their friends, without the messy inconvenience of actually having any.

Until a year ago I hadn’t quiet clocked that often restaurant reviews are just words which have been ruined. They use them and then make them unreadable and pathetic. That’s tragic because I adore words. I love their crispness and cleanness. It was when I was thinking about this word love that I realised the problem. Restaurant reviews are just too interesting, too multidimensional for me. I crave something duller….. actually scrap that, there is nothing duller than a morose, self-congratulating restaurant reviewer who gets paid to produce clickbait.

In this, I may be far less alone than I first imagined. I was struck by how many reviewers seemingly find their own kind so dislikeable. How they constantly try to out-do each other, to try and be more insulting and crueller than the last. To come up with a line that will ensure the twitter world goes crazy, to hell with what they really think.

Well they are welcome to that world. You’ll find me over in the corner, with friends, drinking a delicious gin & tonic.