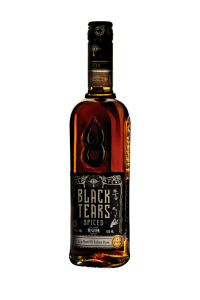 If that isn’t the dullest sentence you’ve read this week then you should stop reading magazines that rhyme with arse.

However, what it actually means is pretty cool and most importantly gives us access to some fantastic Cuban rums. Here’s how it goes:

Basically, it is a joint venture, called Ron Vigia, established between Azcuba (Cuba’s main producer and supplier of sugar and alcohol) and The Island Rum Company who will be responsible for getting the lovely booze into your sweaty little hands.

What are these rums? We hear you ask, due to access to that creepy Alexa thing in your room.

Well they are three-fold.

Ron La Progresiva 13 is a 41% aged (age statements are so 2017) rum which comes in, what is quite frankly, a very pretty bottle. It is blended by two women rum maestros using a whole lot of aged rum made available by the joint venture from the Azcuba vaults.

By all accounts it is as tasty as it is pretty. Getting rave reviews from a series of people who know their stuff (and probably some who don’t).

Black Tears is their foray into the world that pays the bills, spiced rum. Often the red headed stepchild of a company’s rum portfolio, spiced rum is finally stepping up, shaking off the vanilla heavy shackles and showing off its other delicious flavours.

In the case of Black Tears the main flavours are coffee, cacao and black tea. There are two other pieces of good news, firstly it is 40% ABV and secondly it appears lots of spiced rum lovers think the coffee is too much and there isn’t enough vanilla, hurrah.

Ron La Progresiva 500 is the fancy pants version of the main rum. This has only just been released, the 500 is to celebrate the 500th anniversary of Havana being founded. As you’d expect from such an exclusive (and presumably costly and tasty) bottle they are each individually numbered and hand labelled.

We don’t have much more news than that but we know a man who does. Many of you may know Peter Thornton for his many years of outstanding work on the Pusser’s Rum brand. He is now the guy you need to hit up for details on The Island Rum brands.

If you haven’t met him he is a delight and always ready to chat and sample. We have had many a fun day and evening with him and have no doubt you will to – please feel free to hassle him at peter@itscuban.com

Oh, and here is the really good news. We have a couple of bottles to give away. Want one? Of course you do. Well then fill in the form below and we will draw names out of a hat on December 18th so you can have a bottle to celebrate Christmas with.