#WomenBehindTheBarAfter3 – what’s it all about?

This hashtag has been rife in the bartending community’s social media threads recently, but why?

It all stems from the recent announcement of the World’s 50 Best Bars, the award ceremony that is loved and loathed in equal measure, partly based on where said person’s bar is on the list (unless your bar is outside one of the world’s bigger cities in which case you’re fucked anyway).

They handed out an award entitled ‘Industry Icon’ to a German bartender/owner called Charles Shumann. It may not be a name you’ve heard of before but he’s a big deal in Germany where his venue, Shumann’s Bar in Munich, is seen as one of the country’s finest, with celebrities and drinks enthusiasts flocking to it.

So far so good.

After the ceremony however, comments he made many years ago, where he said some frankly disgusting things, came to light. In the interview he is quoted as saying that ‘A bar is no place for a woman. The important characters are always men’.

He also said that ‘women were welcome to work in bars but only up until 3pm, as that is when the real work started’. Well at least that what has been widely reported in the media in recent days.

Unsurprisingly this caused a rather massive backlash, with the hashtag #WomenBehindTheBarAfter3 trending heavily across the bartending community.

The problem is none of these articles linked to this particular ‘3pm’ quote, the German Playboy website, where the article is purported to have come from) no longer has the article online and in The Japan Times interview (that is coming) it isn’t mentioned. The only comment along this line comes from his 2017 film in a conversation with Julie Reiner in New York when he says he doesn’t believe that women should work after 9 or 10pm.

Now this is in no way a defence of the comments (whether it is 3pm or 10pm is frankly irrelevant to the comments), and it is also not to say the 3pm was no uttered, it is just to say we can’t find the direct link and it is only right we report what we can prove.

What we can say is that the 2017 interview is a pretty uncomfortable watch, with Schumann seemingly unable to make eye contact with Reiner and coming across badly as a whole (a link to an article with this interview can be found at the end of this piece).

Whether it was 3pm or 10pm is kind of irrelevant in anything other than the hashtag but there are always two sides to every story, so let’s take a look at them.

The Case For Schumann

There isn’t much of one to be honest, but some people have pointed out that the interview took place a long time ago (although the video was made in 2017) and that Germany was behind the times when it came to equality compared to the US, UK etc. They defend his comments using the ‘times were different back then’ line.

This is a familiar argument these days, most of us have an elderly relative, Schumann is in his 70’s, who have some rather backward opinions. The problem is another interview he gave in 2009.

A decade ago (and four years after Audrey Saunders had opened Pegu Club just for some perspective) Schumann was interviewed by The Japan Times. The interviewer brought up the previous interview and asked the German for his thoughts on his comments, his response?

“I said that? Many years ago, maybe. But I have the same opinion now. I say they can come, but they are not wanted. The old journalists who came to my bar would say, ‘Children, don’t talk to us when we’re whisky drinking.’ ”

Now it is only fair to point out the journalist said of this response ‘He’s joking, of course. But only a little bit’. The thing is, there are certain things you don’t joke about and this is 100% in that camp. This was his chance to set the record straight, to apologise, to recant, and he failed. This as it would turn out wasn’t his only opportunity.

Ed – For fairness we have linked to an article at the end of this piece by Mixology magazine from Germany which looks a lot more from Schumann’s point of view.

The Case Against Schumann

Well it’s obvious really. There is absolutely no place in our industry for this sort of thinking, no matter who you are.

So where are we? Schumman has shown himself to be a complete fucking dick. One of the leading award ceremonies has celebrated him. The bartending community is up in arms.

The backlash, social media being used for good for a change (take that you orange-faced baboon), forced action.

A slight side note here. A lot of people on social media were bringing the award sponsor Nikka Whiskey into the argument. We have run many award ceremonies over the last two decades and NEVER has the sponsor known the winner before they open the envelope on the stage. Nikka had no part in the choosing of this ‘winner’ and can’t be held responsible.

50 Best Bars also received a lot of flack. As awkward as we find it to defend them we can understand how they missed this. 50 Best Bars is a massive undertaking and to do deep background research on every recipient before the event is just unrealistic.

We had never heard of this interview before the award was given and have yet to meet anyone who had either. We know plenty of people who think the guy is a dick but dicks have been winning awards for years (and not just at the AVN Awards).

What was important was how they reacted once the news broke. This is, unfortunately, where they failed.

First there was silence. This was followed by a bit more silence. And just when you thought there couldn’t be anymore silence they managed more silence. Finally, nearly a week after the awards, they released a statement, it read: 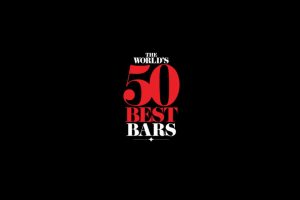 “The Industry Icon Award is voted for by the members of the 50 Best Academy, which comprises bartenders, bar owners and drinks aficionados. Voters are asked to consider a candidate’s contribution to the industry across their career.

“50 Best takes final responsibility for awarding the winner based on the number of votes cast. It does have a vetting process in place for its awardees, although on this occasion it was unaware of these historical comments made by Mr Schumann.

“Sponsors are not involved in the selection process for any of the awards and have no advance knowledge of the winners.

“50 Best continues to encourage voters to look beyond the current list, and to take representation, reputation and diversity into consideration in their voting choices, ensuring the positive celebration of bars and bartenders that The World’s 50 Best Bars seeks to promote.”

We have no idea what that last paragraph means either but more importantly you may notice that something is missing from the statement. An apology. A ‘sorry for any offence or upset we have caused’. Something. Anything.

But there is hope. As the statement points out they took ‘the decision to accept the return of Charles Schumann’s Industry Icon Award 2019’. Let’s skip past the fact that they didn’t take any affirmative action and concentrate on the fact that Schumann gave back the award. Here comes the apology we thought, here is his chance to do what he didn’t back in 2009.

And you know what? He did:

“It has been with great dismay that I have become the centre of a debate in the last few days. This was triggered by my statements in the film Schumann’s Bar Talks and an interview with The Japan Times published in 2009.

“I would like to comment on this: it hurts me very much that my statements were so misunderstood. I value good bartenders – completely independent of gender, origin and age. Anyone who has already sat with me on a jury can testify to this.

“I have never doubted that women could be bartenders. Of course women belong in front of and behind the bar. I am truly sorry that my statements were misleading and insulting to members of our bar community. I hereby formally apologise to them.

“But I also ask for an open dialogue so that these misinterpretations can be eliminated. I feel committed to the universal values of equality. They have also been the basis of my work in gastronomy for over 55 years. I try to live them every day with my team of over 70 people of different nationalities and sexes. I am very grateful for my latest award, voted for by this amazing, vibrant and wonderful industry.

“To members of our global bar community who wish to interact with me, I offer my hand and an open house for dialogue in a factual and respectful atmosphere.”

Sure, the misunderstood element is jarring but credit where it is due, he apologised, and there has to be some good faith returned to him for this.

There is much that needs to be done still in respect to the treatment and attitudes to females (and other groups) in the industry and it is a sad fact that sometimes it’s events like these that bring the debate back to the forefront where it deserves to be.

We also have to be a bit careful of throwing stones in glass houses. The sad but undeniable fact is that every country has a ‘Schumann’ in its bartending past. In many cases they’re not so much in the past but still working in the industry. Maybe they haven’t been recorded saying this type of unsavoury comment, maybe people have been turning a blind eye when they see them getting a bit touchy with young female bartenders because ‘oh that’s just the way he is’.

The response to the unearthing of these particular comments was absolutely correct. However, Schumann isn’t a one off. Everyone needs to keep an eye on their own back yard as well.

Let us keep working to be better but also let us be able to, if not forgive, be understanding if people are, as appears to be the situation in Schumann’s case, willing to apologise and make amends for mistakes in their past. No excuses obviously for any comments or actions along these lines, but surely the world will be a better place if we allow people to improve themselves and change their ways.

The Japan Times article can be found here

Healthy Hospo have teamed up with Warner’s Gin to help support the mental health of UK hospitality workers. With the

There are calls for the government to change the social distancing distance from 2m to 1m, for the hospitality

BarLifeUK Bartenders' Crossword Each clue in this week's crossword is the name of a digestif or after-dinner cocktail, as defined