No Alcohol Brands on Show at London Mindful Drinking Festival 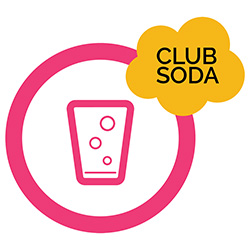 The cynic in BarLifeUK wonders if the biggest trend surrounding mindful drinking is that of brands scrambling to make money out of it. The low-and-no alcohol spirit sector is growing faster than a bored rich bloke can say ‘I’m launching a small batch gin’, and as with any market, the liquids on offer vary in quality.

Bartenders who wish to learn more about no-alcohol spirits, and taste as many as possible in order to sort the wheat from the chaff, will be interested to hear that 13 botanical, alcohol-free distillates will be on show at the Mindful Drinking Festival at Spitalfields Market later this month. In addition, a range of zero – 0.5% ABV beers, ciders, wines, and ‘adult soft drinks’ will also be available to sample.

The festival has been arranged by Club Soda, with our industry’s very own Camille Vidal (La Maison Wellness) curating masterclass sessions about flavour and low-abv cocktails.

No-alcohol spirits on show include:

More Mindful Drinking Festival information can be found on the event’s website.