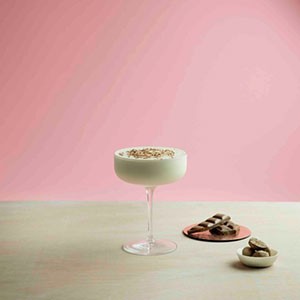 Anyone with even modest audiophile leanings will have heard of Cambridge Audio, a British company that has produced high-end hifi gear since the 1960s. Their global headquarters is situated in London, and as you would expect, it houses an event space which is kitted out with a truly epic sound system, making it the perfect venue to explore the relationship between sound and taste.

Silent Pool Gin cocktails will be served alongside various soundscapes, which have been designed to illustrate how sound and our environment can alter what we want to drink, and how we taste it.

The event will be led by Professor Barry C. Smith, Director of the Institute of Philosophy at the Institute of Advanced Studies at University of London, and co-director of the Centre for the Study of the Senses. Prof. Smith has appeared on BBC One’s Masterchef, and in 2010 he wrote and presented a four-part series for the BBC World Service called The Mysteries of the Brain and in 2017, wrote and presented a 10-part series for BBC Radio 4 called The Uncommon Senses. So it’s safe to say he knows what he is talking about.

Sounds like a very cool place to drink Silent Pool Gin cocktails, and if you are lucky, the guys at Cambridge Audio might let you plug in the aux chord for that crazy sound system (they probably wont, but it’s worth a shot).

The event is free to attend, to register please click this email link.