Il Marchese will serve over 500 amaro labels, along with traditional Roman food 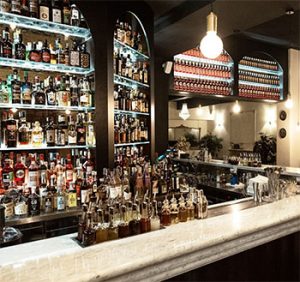 BarLifeUK first met Matteo Zed several years ago, during the Bacardi Legacy final that took place in Puerto Rico. In addition to being a fantastic bartender, Matteo is the nicest chap you could hope to meet, and so we have no doubt his new bar, Il Marchese, will be a lovely place to spend time.

Described as the ‘first amaro bar in Europe’, Il Marchese is located within a seventeenth-century palace, in the centre of Rome. With over 500 varieties on the back bar, the aim is to display the diversity within the amaro sector, and expand on its common usage as a cocktail ingredient.

Matteo tells us: “The cocktail list is divided into three categories all based on amaro: twist on Negroni and Americano-style cocktails, signatures and seasonal, and finally unforgettable and great classics always based on bitter. Each cocktail is described in its botanical, or through the legend that characterises it historically. Moreover, among the services of the bar, there is the opportunity to taste vertically a selection of vintage amaro, from 1950 to 1970, from the softer and more harmonious to the most complex and aromatic, being able to choose between more than 30 vintage bottles, many labels rare and now disappeared from the market.”

Il Marchese will serve tapas and authentic Roman food to sustain guests as they explore the amaro list, and rather pleasingly, the press release describes Roman cuisine as ‘knowing no half portions’. It all sounds rather bellissimo.