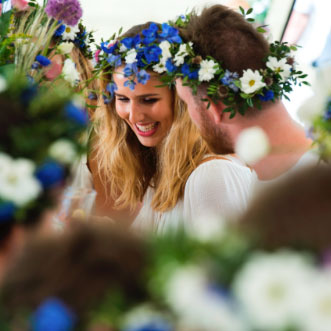 In what can only be described as an act of extreme meteorological optimism, Drinkup.London and Absolut have partnered to launch a Swedish-style Summer festival.

Beginning on the longest day of the year, Absolut Midsommar sees the Swedish Midsommar tradition brought to London in the form of a range of booze and food events accessible with a free festival pass, along with £6 drinks at more than 75 participating venues.

Once in possession of a festival pass, the Drinkup.London app will guide you through Absolute Midsommar with a full list of venues and the drinks they offer.

Hannah Sharman-Cox, Founder of DrinkUp.London, says: “Since launching the DrinkUp.London app last year, we’ve been working to curate more opportunities for our loyal following to explore London’s incredible bar scene in a festival scenario. Absolut Midsommar is a perfect fit for our audience, and we can’t wait to don our flower headdresses and celebrate the long days of summer!”

We will bring you further details on Absolut Midsommar’s programme of events as they are released, and have begun praying that Odin will bless this week of pagan festivities with a bit of sunshine.

You can get your free festival pass on the Drinkup.London website, and download the app at the relevant app store for your mobile device.