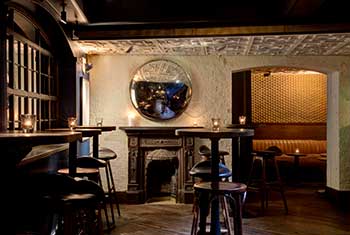 Max and Noel Venning, the brothers behind Dalston’s Three Sheets bar, have opened a second venue, located in Spitalfields and called Bar Three. The launch is a joint venture with the owners of Blixen, and is located in the restaurant’s basement.

Bar Three’s name speaks the to the concept behind its menu which is split into threes. Cocktails are presented across three sections, with three drinks in each, categorised by flavour rather than spirit: light, medium, or full-bodied. The menu also includes a trio of wines, beers, and non-alcoholic options.

From the cocktail menu

Bar Three is now open, and can be found beneath Blixen, 65a Brushfield Street, E1 6AA. Or follow on social media @barthreelondon