Through a lot of hard work, and enabled by social media, our industry within the UK has become a community. One which reaches out each and every day to chat, to share inspiration, achievements, jokes and, sometimes, the stuff that isn’t so funny. 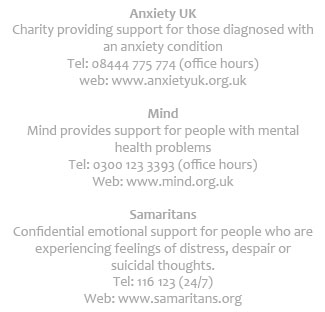 That last category, the stuff that matters, is one we’re not always so great at talking about. We might all applaud sobriety, hit ‘like’ on a shared article, but the reality is a lot of us like to scroll past it in disbelief someone would ever be so public about real life.

It’s true, the click-bait saturated news feeds of Facebook seem a strange location in which to pour your heart out to – let’s be honest – an unknown audience mixed with friends, family, peers and people you haven’t seen in 13 years. It was hardly the place I expected to find out those who always say, ‘I’m fine, and you?’ were suffering on the inside.

Which prompted a few questions on my part; are we simply a well-connected industry and therefore more exposed to each other’s personal problems or, perhaps, are we a group in society that is dealing with more mental health issues than other sectors? Does the strange hours and heavy drinking mean we’re all on a cliff edge? Or is this just the way social media is evolving? And most importantly, what do we do as a community when one of us cries for help?

One of these recent cries came from a hotel room in Athens several months ago. It was there that Tim Etherington-Judge, a global brand ambassador for Diageo, put up a post that said I’m not ok – I have depression.

“I was sat in my hotel room in Athens and felt I had no where else to turn,” says Tim. “I sat there for two hours after writing the post wondering if I should press send, but I’m glad I did it. Life has changed a lot since then.”

Since that day Tim has experienced the reality of just how supportive your social network can be. He’s received both public and private messages of not just support but also empathy and understanding from a shocking amount of colleagues and friends who have also suffered from mental illness.

“I was totally surprised about the responses, from people I deeply admire, telling me their own stories of depression and other illnesses. It’s made me determined to break the stigma.”

From Tim’s initial post, it felt like a floodgate had been opened as more people in our community vocalised their personal struggles. And it wasn’t just depression or alcoholism on our feeds – anxiety was there too.

“A friend of mine who’d gone through a tough time put up an article about how to love people with anxiety, and I agreed with it so I shared it,” says Alex Lawrence. “I knew I was depressed as a teenager, but I didn’t realise it was anxiety that I was dealing with – I thought it was just stress. It seemed as if I was in a really intense angry mood all the time and I couldn’t figure out why I cared about so much stuff other people weren’t bothered by. Then I realised I matched all these traits of people with anxiety.”

Like Tim, Alex experienced a flood of support and messages, some from people who were realising for the first time they might also have anxiety issues.

“My social has always been on brand for being an owner of Porter’s Gin and being a bartender running around doing cool bartender things, so a lot of people’s response was ‘I thought you had your life together’ – that really amused me.”

Alex says he wasn’t looking for help by sharing his article, despite the many responses back offering it, for him it was about contributing something his friends and colleagues might benefit from.

“Social media can be an outlet to talk about serious issues and it’s nice to know who is going through them. It comes down to a maturity and insecurity thing – if you can’t handle people talking about their anxiety or mental journey then perhaps you should be asking yourself why not?”

Two bar industry professionals, two different but just as gripping and serious mental health problems, and two different reasons for turning to social media.  What they have in common is the revelation we don’t always know each other as well as we think.

With all this supposition the time was ripe to turn to a professional.

“Support groups on the web and web-based approaches seem to be helpful,” Dr Sangeev Kamboj from UCL says. “It’s not always the case that someone has to be close in order to offer support and there’s an anonymity afforded by social media.”

While there certainly aren’t yet the scientific studies to prove that reaching out on social media has positive effects to combating mental illness, being open to talking about it within our own communities certainly does help. Perhaps today’s modern communities are no longer postcode-bound.

According to Dr Sanjeev, there are still huge amounts of stigma attached to mental illness, resulting in a reluctance to talk about it. “This comes down to concerns about being judged, mostly judged to be weak. It’s probably better than it was 20 years ago, but we do need to have a more open, honest discussion about vulnerabilities we all have. People are sometimes surprised they’re not unique in this, and opening up can be a salutary experience.”

From talking to a professional, it seems as much as we might like to differentiate ourselves from ‘day walkers’ we’re in fact no different in how many of us are affected by mental health problems. This being despite the fact that many of us choose a path in life that is usually dramatic and hedonistic. What does single us out though is how quickly it can reach crisis levels thanks to our ability to lean heavily on alcohol as a coping mechanism.

“They’re not separate; mood disorders and substance abuse are difficult to disentangle from cause and effect,” says Dr Sanjeev. “From research that we do on severity of alcohol problems, we found we all make excuses on other people’s behalf. If we audit students the general populace will excuse excess drinking because they’re students. It’s troubling because we think it’s normal.”

Back to our bartenders, and neither Tim nor Alex have let the bottle interfere with their lives to such an extent that it has added to their own battles. Yet both do say it’s easy to see how it becomes a way to cope.

“If I’d had a different career I may never have dealt with my depression properly, but then it also might not have come to this extremity,” says Tim. “I think the industry does attract those seeking a hedonistic lifestyle. This isn’t something you chat over with your career advisor, it’s more like falling into a rock and roll lifestyle.”

So where does work come into all of this? Surely being the life of the party every night would mean those with anxiety and depression don’t end up behind the stick?

“Bartending has definitely helped me with social confidence and social interaction,” says Alex. “Regardless of your mental health, to be good at this job you end up with a bar personality and a home one and you should separate them. What we do is physically and mentally very intense – we drink too much, we work too much and don’t run our lives efficiently. What we all need is a manager who genuinely asks if we’re ok . Of course we all have to be tough and put on a brave face some shifts, you can’t let your team down after all, but it has to be ok to not be ok. Sometimes you need a hug.”

Tim has been incredibly fortunate with his work during this time, he describes Diageo as swooping in, picking him up and sorting out everything from therapy to six months off to focus on his recovery. In his initial post Tim was scared that admitting he was battling depression would affect his employability, but one of the largest companies in our industry has just proved that simply isn’t the case.

Alex has met the same level of support, albeit in a much smaller working environment. Having sat down and had an honest conversation about his headspace his employers said they felt they were looking at a different person. “I didn’t think such an honest conversation would have such a positive reaction,” says Alex.

Both Tim and Alex are certain that more needs to be done within the bartending community and there needs to be better access to help for those working in small companies who don’t have the ability to sort everything out like Diageo.

“Help needs to be available in a way you would feel comfortable accessing it. A lot of these phone lines are run by religious services who I feel would judge me. And what are they going to do if some bartender calls at 4am having a panic attack at a bus stop?”

“It’s ok that I’m not ok,” says Tim. “And this industry is a huge part of my life so I want to do something as a community. There are people out there simmering under the surface, and I’m hoping off the back of my own struggle I can help open doors for bartenders to get help.”

No matter what issue someone is facing, it might just be the toughest they’ve ever faced. And there aren’t always a lot of options of where to turn for help – especially when you exist in a nocturnal world and have to turn up each day with a game face on. So perhaps we are being more vocal to each other about our struggles. And that’s no bad thing when we have people like Tim and Alex breaking down a wall of stigmas brick by brick.

It’s everyone’s duty from that point on to not simply scroll past. If we’re truly a community then there needs to be space for the stuff that isn’t always positive, and the time of day to accept it’s ok not to be ok.