A Personal Thank You to Bartenders Who Travel for Competitions

BarLifeUK promote and judge a lot of cocktail competitions.

We spend more time on competitions than anything else these days, and I think it is probably true to say that we judge more than anyone else, certainly outside of London. 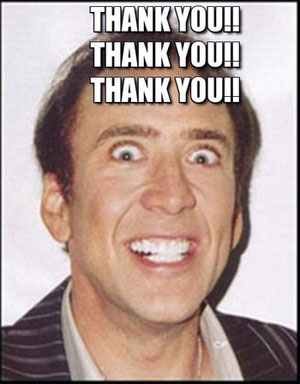 One of the things that strikes me each time we start a new set of regional heats is the number of bartenders who travel considerable distances to attend them. Week in, week out, we see Reading bartenders in London or Bristol; Aberdeen bartenders in Glasgow or Edinburgh; people from towns like Cheltenham or Beaconsfield coming to whatever heat they can feasibly get to.

Every one of these competition appearances represents a day off used, a bastard early start, a train ticket, and in some cases, a hotel room. In other words, a considerable investment of time and money.

I’m very conscious of this investment when an out-of-towner doesn’t win. As the result is announced and everyone starts whooping and clapping, I sometimes catch a look of ‘fuck this, not again’ on their faces, just before the ‘Joey Tribbiani at the Oscars’ act snaps into place.

I can totally understand the frustration, especially when it happens to the same bartender a few times in succession. It must be tempting to knock it on the head and say ‘comps aren’t for me’, and keep the train fare in your pocket.

But over the last six years of BarLifeUK, both Simon Webster and I have seen bartenders from outside the usual ‘cocktail hubs’ enter and lose comps repeatedly, getting closer each time, until they get their first win. We could name names, but we won’t for fear of embarrassing anyone. But if we were to name names, you would know the people we are talking about, as they are almost all ‘players’ these days.

Thinking about the level of dedication it requires to keep entering comps outside of one’s home city makes me question some of the ways our industry is developing of late.

It seems to me that the focus of the brands and organisations that call the shots (have all the money to spend) is increasingly turning toward what they would describe as the ‘top level’ of bars and bartenders.

Our Facebook feeds are full of superstar bartenders and ambassadors checking into airports or posting pictures of their troll feet on sun loungers at beachside hotels (and of course, occasionally doing training sessions). This is all well and good, it’s their job. But I look at the constant exposure of big, international ‘learning and networking’ (four days of smashing it) events like Tales of the Cocktail, and I wonder how much good they are doing for the industry as a whole.

People might say that this focus on the ‘top end’ should be viewed as aspirational, that knowledge and development ‘trickle down’, like in Formula One (I actually heard someone say that). I am starting to think this is a load of old bollocks, principally because most of the young bartenders I meet at regional comps have never heard of any of the jet-set-Tales-crew, so how are their efforts inspiring or their knowledge trickling down to front line bartenders? And why are brands spending money on them?

I just can’t see a connection between a load of ambassadors and star tenders getting hammered in New Orleans, or going to a party to find out the results of an arbitrary and meaningless ‘list of the best bars’ event, and getting up at 5am in Cardiff to travel several hours to compete in, and possibly lose a cocktail comp.

I would love the industry to say to itself: ‘Ok, that’s all sorted now. Artesian doesn’t need another award (not that it’s likely to get one these days). The top end can look after itself. Lets start spending time and money on the bartenders in towns and cities that aren’t getting any love, because they are going to shape the future of the industry.” Or something like that. At the very least stop sponsoring crappy list awards that serve absolutely no purpose to anyone not on the list, as far as I can see.

Anyway, big picture thoughts aside, I’d like to use this article to say a personal ‘Thank You’ to everyone who attends our comps, and in particular to those who travel miles on their own dime.

BarLifeUK appreciates your efforts, and we love tasting the cocktails you put so much time and energy into making for us and the other competition judges.