Do Brand Ambassadors still have what it takes? Do they have the chops to nail a competition? Let’s find out.

You will no doubt have seen that as part of their 10 year anniversary The Bitter Truth have launched a nationwide cocktail competition (full details here). One of the draw cards of the competition is that you can use any spirit you want in the drink, as long as it contains and celebrates one of the products from The Bitter Truth range. 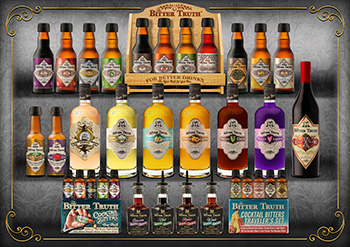 The Bitter Truth guys and Love Drinks were as excited (and slightly nervous) as we were at the prospect and so here we are. The 2016 BarLifeUK & The Bitter Truth Brand Ambassador Comp.

There will be a prize of some Bitter Truth goodies and a suitably gaudy trophy but let’s face it this is all about the bragging rights.

So over to you, wonderful Brand Ambassadors (and those with a wanky job title who basically do the same job). Time to show that all that day walking hasn’t made you too rusty to show the rest of the industry how it’s done.

There are of course rules, but only two:

We will come up with a date and judging panel soon, but it will be taking place sometime towards the end of August/beginning of September. We will of course make sure it’s in a venue big enough to hold all the bartenders who will undoubtably want to come and watch the madness unfold.

Get involved below, and yes we want your drink specs when you enter, you make bartenders do it for your competitions so it’s only fair. Entry deadline is August 12th.

God help us and our damn ideas….