Win A Trip to St. Lucia with the Chairman’s Reserve Mai Tai Competition

Celebrate the Mai Tai in your bar, and win two places on the next legendary Chairman’s XII trip. 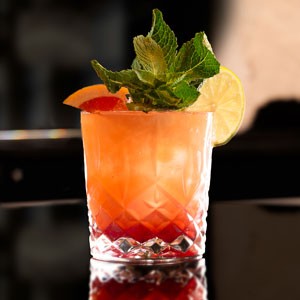 As the UK limps its way through a blustery Spring, occasional sunny days turn thoughts towards Summer.

For young punters, this means heading to Top Man Shop to stock up on low-V T-shirts and those weird high-waisted girl shorts that look terrible whoever wears them, in preparation for Summer days out and balmy evening Tinder hookups.

For fine, upstanding bar folk, it means thinking about warm weather menus, and Chairman’s Reserve would like to suggest you include the Mai Tai.

To this end, Chairman’s will be supporting a Mai Tai promotion throughout June and July, culminating in a massive rum party at Magic Roundabout, where four bars will create pop-up bars and compete for the trip to St. Lucia.

To get involved, you are invited to create and submit a signature serve on the Mai Tai using two of the Chairman’s Reserve expressions.

The team at Chairman’s Reserve will recreate and taste all submissions, and then select the best ones for inclusion in the promotion. Successful bars will be given loads of support, including some free stock and POS, and will then go on to promote their Mai Tai with social media activity and in-venue deals.

The four most successful campaigns will compete on the National Mai Tai Day party in August at the Magic Roundabout in London, with the eventual winner securing two places on the trip to St. Lucia, where they will visit the distillery to learn about the rum, train with the island’s top bartenders and occasionally sit back and relax whilst drinking plenty of Chairman’s Reserve.

The deadline to submit your entry is midnight on Tuesday, 31st May.