BarLifeUK have never, up until now, published reviews of products.

There are two reasons for this – the first is that we don’t produce our own bitters to give five-out-of-five, and the second is that we have always felt that journalists are not the right people to review products. Spirit reviews should be done by professional bartenders who know their shit and are making cocktails every day. We contacted two such individuals, and Jamie Jones, and formed a panel for what will become a regular feature. – Andy Ives, Editor 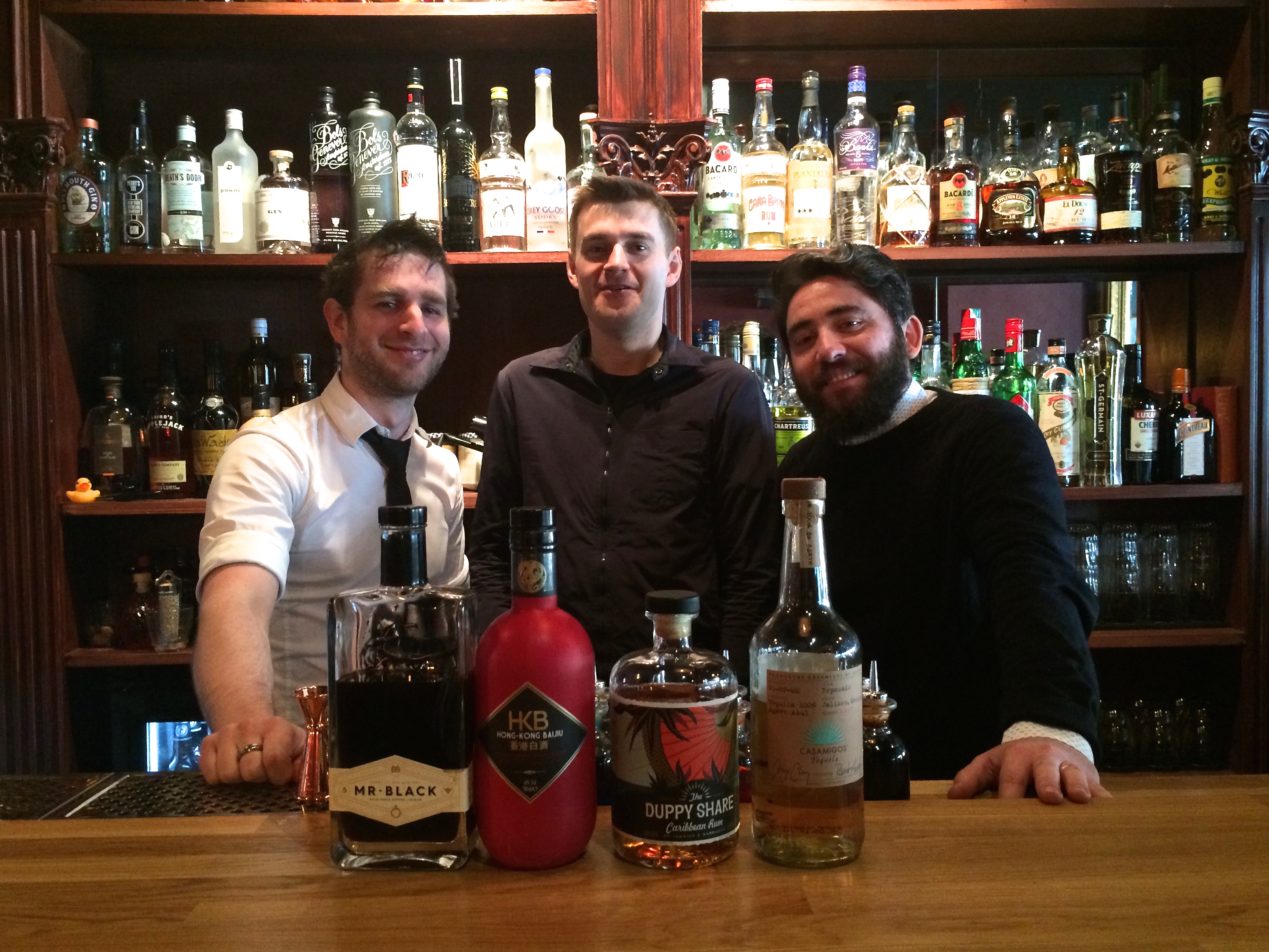 Our chosen team for session one were:

We all met up at Callooh Callay’s awesome new sister bar Little Bat one seriously sunny afternoon with pen, liver and booze at the ready. Here’s what went down…. 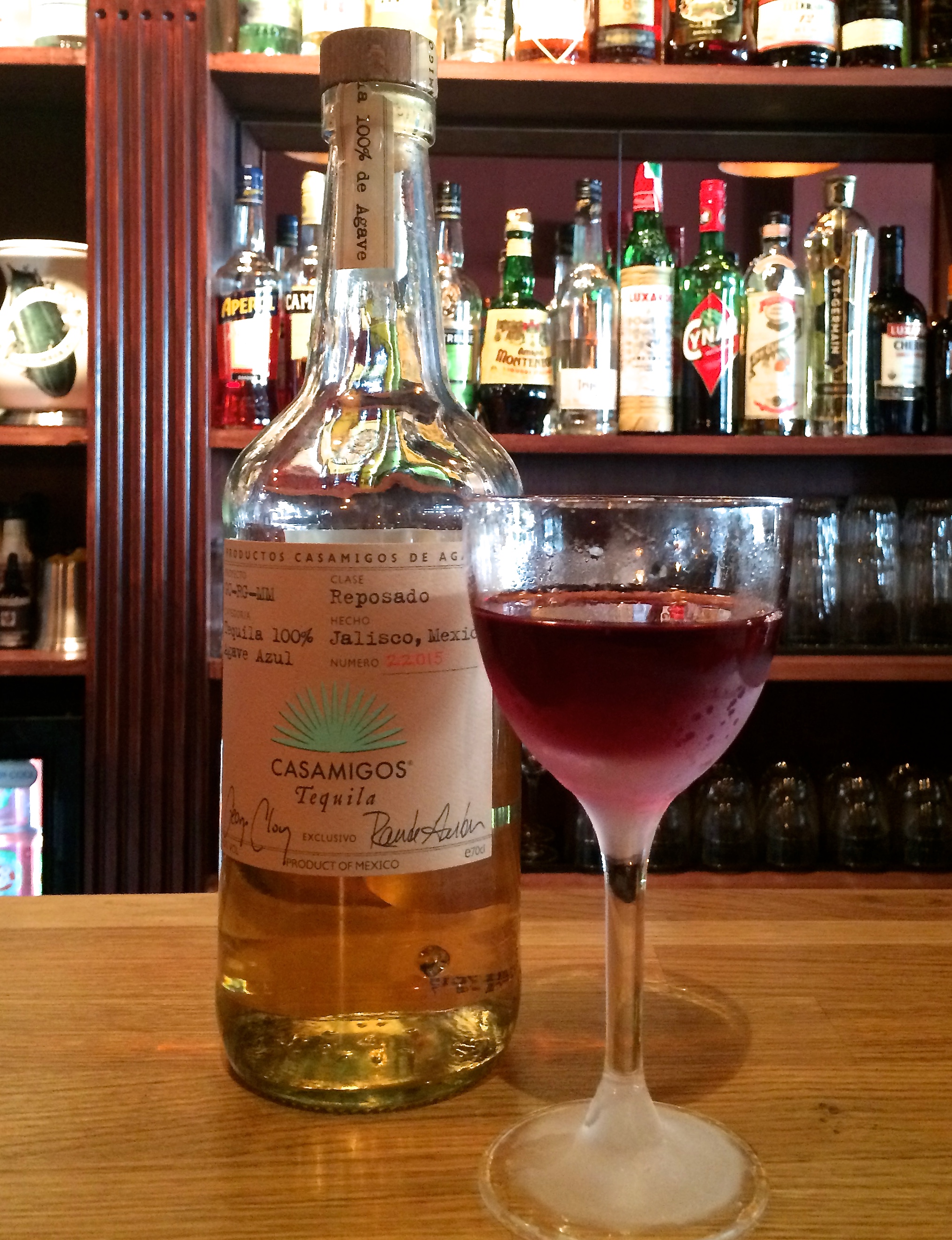 First up was Casamigos Tequila Reposado. You know a day’s gonna be good when you start with tequila, no question. This small batch, ultra premium Tequila is made from hand-selected Blue Weber Agaves. It’s slow cooked and ferments slowly with proprietary yeast, resting for seven months in used whiskey barrels. It’s the love child of George Clooney and bar/restaurateur Rande Gerber (married to Cindy Crawford… babe).

As huge tequila fans, this product was originally made for them to enjoy at home with friends, never intended to be released to the public. Many people tend to automatically shun the product due to its celebrity owners but we thought we’d let the liquid do the talking and see what the guys thought of it. Of course there are a hell of a lot of tequilas on the market, would this bad boy stand out?

Kyle – It’s very good for what it it, you can tell it’s a well made product. The fact it’s small batch means they can keep the quality consistent. When brands have to cater for high volumes it can tend to ruin them.The tequila is aged for longer and that really comes across. I’d say it’s better than a lot of bartenders favourites tequilas. I’d chin a bottle.

Jamie – It’s nice and sweet on the initial hit, but it hasn’t got that spicy kick that I like. It would make a great martinez.

Alastair – It’s got a great nose, with strong green vegetal notes. It’s a bit too sweet for me but would be great for introducing consumers to tequila. You can tell it’s produced well.

Jamie and Alastair jumped behind the bar to have a little play. Jamie went for a lighter drink as it’s quite a soft tequila, creating a floral twist on a margarita, while Alastair went teamed it up with some port! 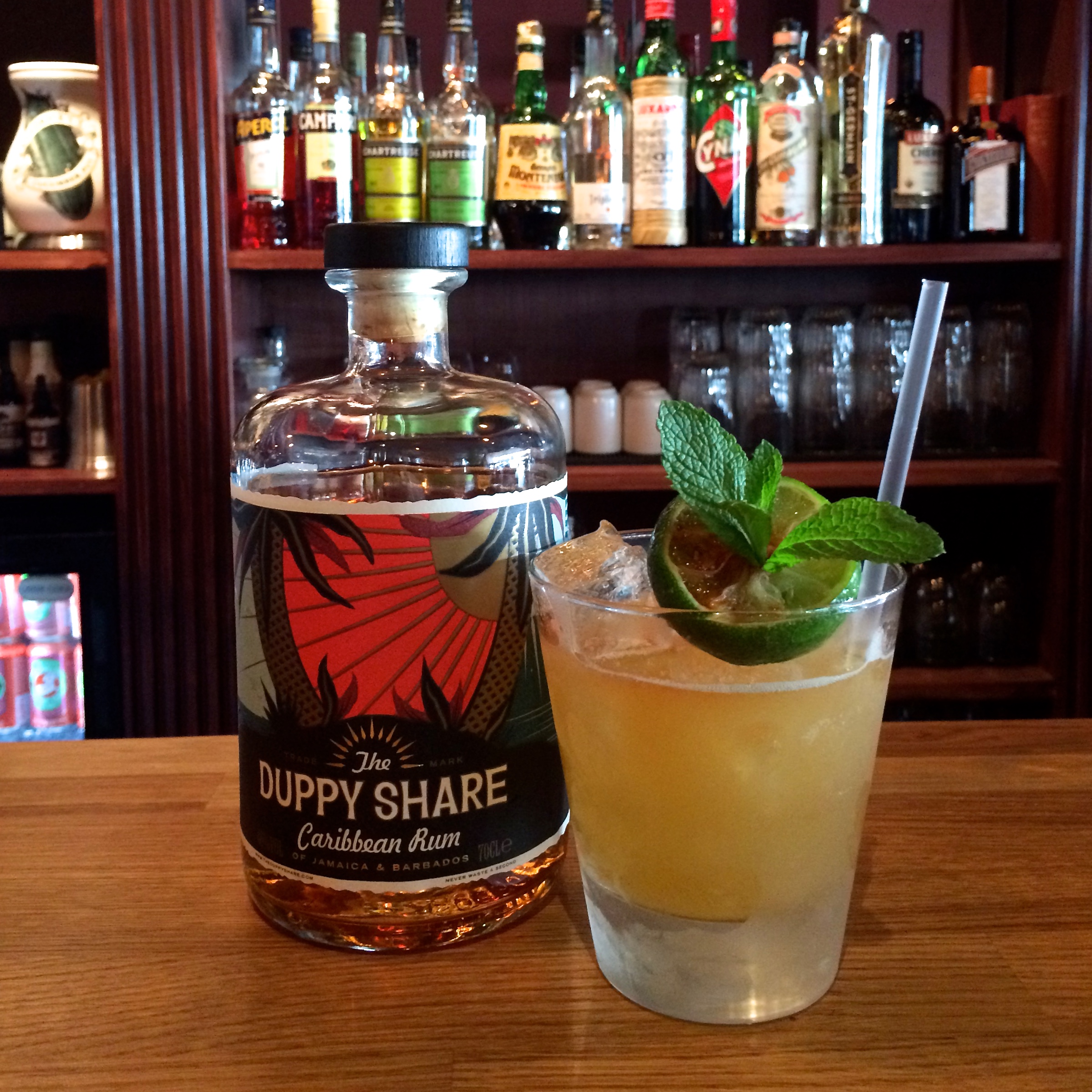 This product is the outcome of George Frost’s love affair with rum in the Caribbean. Wanting to liven up people’s bars and drink cabinets he set out on a quest to make The Duppy Share.

It’s a blend of three-year-old Jamaican rum and five-year-old Bajan rum, which is aged in ex-bourbon barrels. A tasty mix of tropical fruit and subtle oak flavours. Ian Burrell has said a posh rum revolution is about to hit London, with those at the lower end of the market starting to decline, but the premium end of the rum market is on the up. Bring it on.

Kyle – I feel like the packaging is great. I think that George probably makes this with consumers in mind rather than bartenders. I feel it’s more of a base spirit than a sipping rum, it would work well in light drinks.

Jamie – You’d need to build this rum up with a lot of other stuff to enhance it. I’d say it was a Fisher-price “My First Rum”. A great introduction to people who are less familiar with rum.

Alastair – This would be a great base spirit in a Mai Tai. I’d probably team it up with another rum to help bring it to life.

Which is just what he did! Alastair conjured up his rumtastic “Pass De Duppy” in no time! 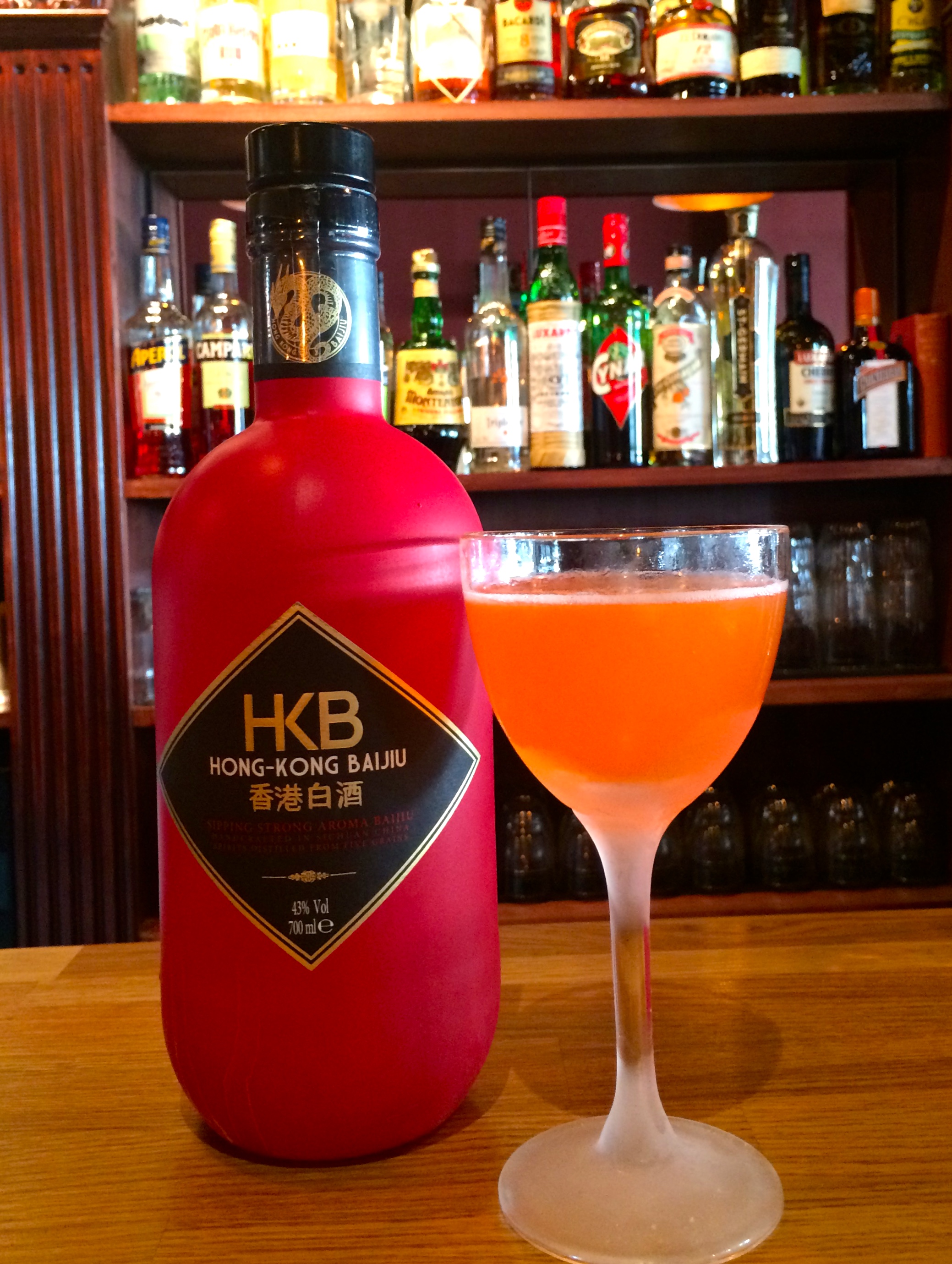 Baijiu is the world’s best-selling spirit category but little known outside of China. It’s rice wine liquor that is seriously potent, made through the brewing and distillation of grains. HKB is a ‘sipping strong aroma’ baijiu, indicating a spicy and fruity style.

The first distillation takes place in Sichuan, China using traditional techniques, before being finished by a grappa producer in Italy. A genuine collaboration between the eastern and western worlds. The first baijiu bar opened earlier this year in the US, but will it be something we see cracking the UK any time soon?!

Kyle – The nose is great, I get strong liquorice notes. It kind of makes you salivate.

Jamie – I’m pleasantly surprised by the smell. It’s actually really nice. Kind of like pear drops and sweeties. This is quite a soft baijiu although I’m not sure how well this spirit will catch on as people are still not even quite getting sake!

Alastair – I get sweet melon. Not as harsh as I expected.

We had the guys get behind the bar and see what they could rustle up. Standard, it turned into a pun war – but the drinks that they came up with were all pretty damn awesome, and the baijiu came across delicately rather than tasting like pure gasoline. RESULT.

Alastair – Bai Hard With A Vengeance 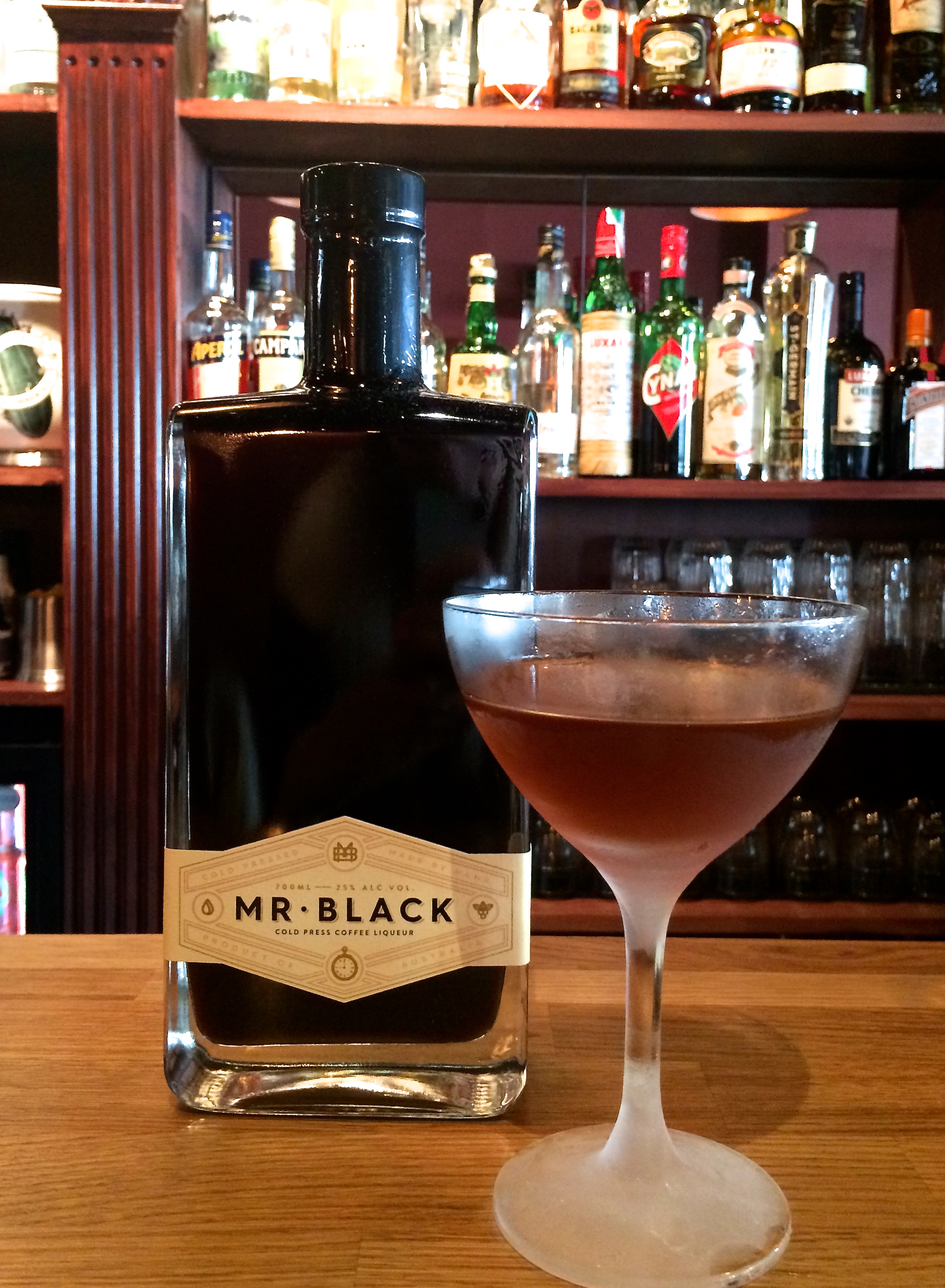 Mr Black has come over from Australia, and is a coffee lover’s wet dream. Australia’s highest awarded distiller Philip Moore and designer Tom Baker didn’t think coffee liqueurs out there cut the biscuit so set out to make the BEST. In 9 months and hundreds of trials to make it, and they managed to win gold at the London International Wine Spirits competition. Nailed it.

They use a significantly higher coffee-to-water ratio and longer steep time than traditional cold brew so that if can stand up to bending with spirits. PERFECT.

Kyle – This is exactly what a coffee liqueur should be. It’s so hipster but it gets away with it. There aren’t many products you taste that you put on the menu the next day, which I did. The cold press really works, it tastes great and is well priced.

Jamie –  This is made by an awesome guy. Such attention to detail went into this, it’s a labour of love. It actually tastes of coffee and not sugar like so many other coffee liqueurs that are around.

Alastair – Unlike other liqueurs it’s not too sweet. They’ve really got good middle ground – the sweet and bitter notes are spot on. I get worcestershire sauce on the nose.

We had our guys have a play. With it being described as cocktail-ketchup for spirits and stirred cocktails we knew they wouldn’t struggle to come up with some gems…

Kyle –  Orange Is The New Black 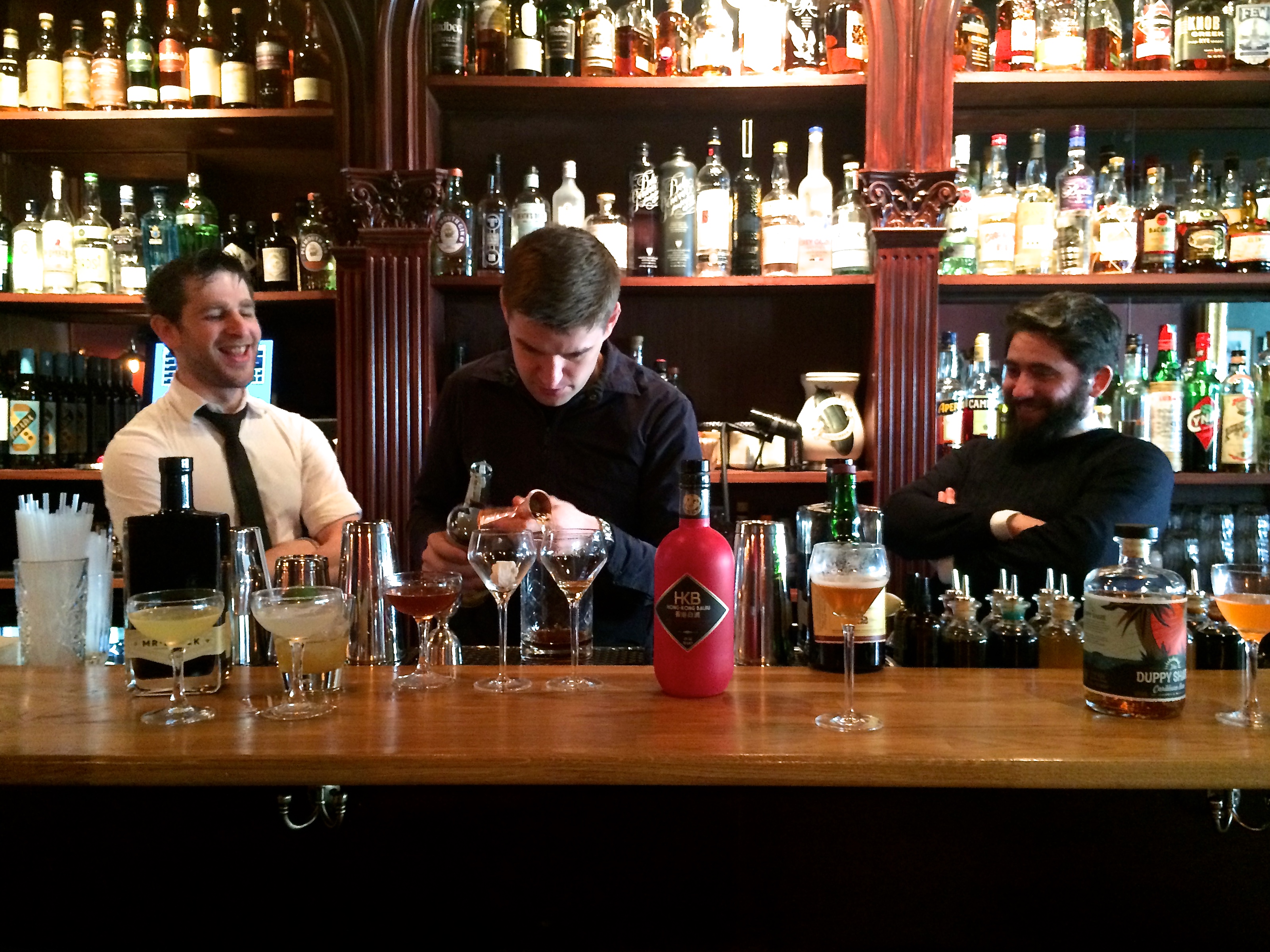 So after 4 product tastings, endless cocktail experimenting and a swift St Patrick’s Day pint of Guinness later, session one was done. BIG shout out to the guys at Little Bat for letting us abuse their bar and all the brands who took part!

Plus of course, a huge thanks to the first team of eager tasters.

Jamie struggled to reach the top shelf, Kyle offered to sign Little Bat’s copy of The Savoy Cocktail Book and Alastair got absolutely squashed in the pun war, BUT, we’ve decided that they made quite the team.

We’ll probably be using them for the whole series so watch this space for round two!

If you represent a brand and would like to have your product reviewed, get in touch by emailing editorial@barlifeuk.com