Recent events in Paris, Tunisia, The Ivory Coast and Belgium paint a picture of a world gone insane. 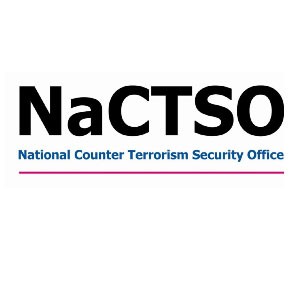 Whatever the reasons for these terrorist attacks, and whatever your personal political views on the subject, it is a sad fact that there are people out there who, given the chance, would quite like to blow up your bar and customers.

The chances of something like this happening to you are exceedingly small, and panicky thinking that alters people’s way of life is exactly what the terrorists hope to achieve.

That does not mean, however, that precautions shouldn’t be taken, given that bars and the people who enjoy them are such inviting targets for Islamic fundamentalist lunatics. As such, the National Counter Terrorism Security Office (NaCTSO) have released security advice for bars, pubs and clubs.

As you would expect, the NaCTSO document is a turgid affair which opens by saying that you could well be prosecuted in the aftermath of an attack, if it appears you haven’t taken all necessary precautions. This is not the kind of opening gambit that will encourage a full and thorough reading, so below are listed some of the practical measures that bars are advised to take.

(Reading these bullet points is no substitute for ploughing through the NaCTSO report. It’s a dull and somewhat alarming read, but you really should know what it says.)

Create a Security Plan – (This is a plan that covers preventative measures, as well as what to do if something were to happen, that is included in staff training).

It’s pretty obvious that some venues are more at risk than others. For example, bars in busy parts of major cities have more to think about than your average country pub. Bars in the city should have a security plan in place, which should be created once the full NaCTSO advice has been read.

The key thing to take away from this, is that someone needs to ‘own’ counter terrorism security in city bars. It shouldn’t be something that is overlooked or vaguely left to the GM or bar manager – its creation should be assigned to someone specific. Once created, this person should make sure every member of staff is trained in it and understands it. Not as much fun as thinking up gag cocktail names, but it needs to be done.

The NaCTSO document recommends daily searches of your venue, especially during periods of heightened alert (such as the one we are experiencing now).

The key point in this section of the report is that searches should be organised methodically, with the search assigned to specific people and done in the same way each time, to prevent ‘I though you looked under the tables’ moments.

If you find something that you think could be a bomb, it should be obvious that you must not touch it.

What is less obvious is that you shouldn’t use a radio or mobile phone while near it, as radio signals could cause the device to detonate. Instead, evacuate the premises and then contact the police.

This is probably the most important thing listed in the document – whether it be a suspect package, bomb threat, or a fire, you must know how to evacuate your bar. All staff should be trained in this, and know exactly where to guide customers, depending on the safest exit available.

Having read the NaCTSO document from cover to cover, the overriding impression I have come away with is that everything it recommends is common sense, and as such, you could read it and think ‘well that was a waste of time’.

However, common sense while sitting quietly in front of a computer reading a PDF is quite different to common sense when in the weeds on a Friday night.

And, while it is true that the professionalism of the UK industry is among the world’s best, has everyone who works in your bar been trained on how to evacuate the premises, or what to do if they find a suspect package?

At least one person in your bar needs to read this document from cover to cover, and make sure your staff, customers and property are as safe as possible.

Now, back to the knob jokes.