This weekend (6th-12th) sees the return of London Pisco Sour Week, so bars and restaurants all over the city have got creative and will be promoting their take on the Peru’s signature drink all week long for only a fiver. Bloody bargain. 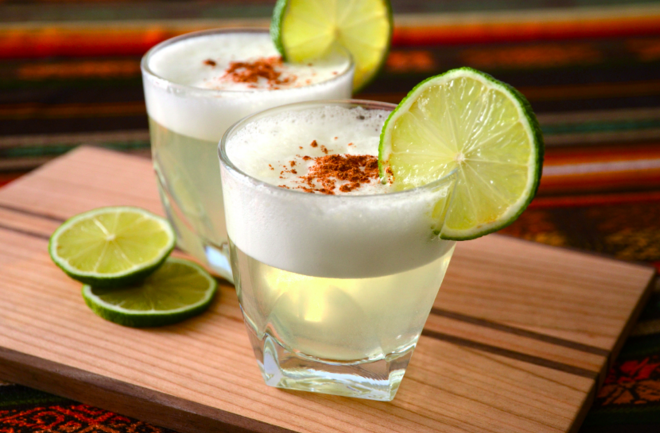 If you didn’t know about this boozy affair then get ready to know. Word has it that the consumption of pisco in the UK has increased by over 200% in 2 years.  You can’t knock those figures. And hey, if it was good enough for Hemingway (apparently he chugged a hell of a lot of these) then we’re down too. You can get your pisco on at any of the following boozers:

This event is organised by the Peru Trade and Investing Office in order to promote Peru’s culture through gastronomy.  So, if you notice your sour is whipped up with a pisco from Chile then give that bad boy back. Peru and Chile have some serious beef about who invented this beaut drink. Which, if you’re a big fan, works in your favour because Chile have jumped on the bandwagon and have their own National Day of Pisco too in May. Plenty of pisco to come.

It’s too late to get your bar involved but that doesn’t stop you celebrating the world of pisco in your own way, have some fun with this often overlook spirt. And make sure you serve your creations to Simon as it’s been known to be his absolute fave. For more info check out their Facebook page.