The Mezcal industry is looking at making some major changes for the better and they need your help to make it happen.

It all comes down to a NOM, to be precise NOM 70. For those of you unaware of what a NOM is (besides the noise Jennie Rae makes when she’s eating tapas) let’s have a quick look. 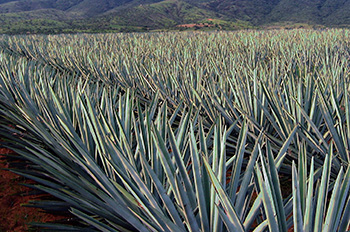 NOM stands for Norma Oficial Mexicana (Official Mexican Standard in English wordage) and they are a series of compulsory standards and regulations for various activities in Mexico. If you have been to a tequila educational session you may well have already heard of them.

In the case of tequila the NOM’s are regulated by the Tequila Regulatory Council. Each distillery that follows the standards set out by the NOM is given a number which they put on the bottle to show that the bottle contains legitimate tequila.

In short the NOM provides a guarantee of quality.

The proposed NOM covering mezcal (NOM 70) looks into all aspects of this often underrated spirit from which agaves can be used, which states can make mezcal, production methods and a whole lot more technical stuff.

We asked our favourite mezcal expert Melanie Symonds, owner of Quiquiriqui Mezcal and Brahms and Liszt Off License why this is so important:

So now we know why it’s important, we asked Melanie why bartenders should bother to sign the petition:

So there we are folks. If you love mezcal or simply the notion of traditional spirit production being protected from those who wish to use it just for profit and fuck the taste and small producers sign. Sign now and feel that you have done something good today, I have and now I’m going to reward myself with some mezcal…. because I deserve it.