Win yourself trips to Paris and Jarnac with a visit to the Paradis Cellar and a bespoke blend of Courvoisier cognac dating back to the 1800’s in an engraved crystal decanter.

Courvoisier has been around a long time and has been loved by bartenders almost as long however 2016 is the first time they are running a global bartender competition. This is the sort of news that should be celebrated and Courvoisier agree, basing the competition around the celebratory Champagne cocktail.

As it turns out Courvoisier are fans of celebrating and back in 1889 it was the only spirit served at the grand opening of the Eiffel Tower. Around that time Paris was going through an era of ‘Joie de Vivre’ which led to the opening of famous haunts such as Maxim’s and Le Moulin Rouge. Parisian brasseries stayed open all night, the cocktail scene came to life with new musical and artistic movements and Courvoisier was at the heart of it. 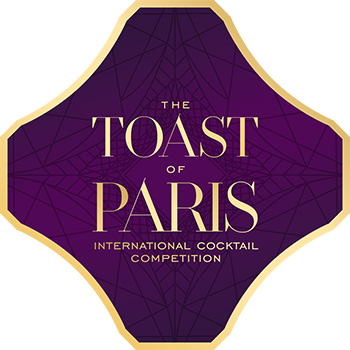 It is this Golden Age that Courvoisier want you to celebrate in their Toast Of Paris competition. There will be 6 semi-finalists selected across the UK who will compete in a UK final in London, the winner will be representing our fine lands at the global final in Paris and will also get to visit the Courvoisier Chateau in Jarnac, France and the centuries-old Paradis Cellars with Courvoisier’s Master Blender, Patrice Pinet.

The global winner will receive a bottle that every collector in the world will be jealous of – a bespoke blend of Courvoisier cognac dating back to the 1800’s, presented in an engraved crystal decanter.

To be in with a chance of winning this awesome prize you are being asked to put your own twist on the classic Champagne Cocktail using Courvoisier VSOP or above. The drink should be inspired by the Courvoisier house style serve (see below), craftsmanship and Parisian heritage.

You can enter the competition below and the deadline for entries is March 25th. You must use a minimum of 25ml Courvoisier VSOP or above and a maximum of two homemade ingredients. You will be marked on presentation, taste, creativity, balance and your link to the inspiration.

Soak a sugar cube in bitters and drop into a Champagne flute. Cover with Courvoisier VSOP and top with Champagne.

To get you in the mood Courvoisier Global Ambassador Rebecca Asseline and the Mixxit team are hosting a series of Masterclasses across the country which will undoubtably give you a big advantage when coming up with your creation.

Just in case you need anymore inspiration here is Rebecca: