Last year the UK’s first dedicated Tequila & Mezcal Festival took place in London, this year it’s back and also heading up to Liverpool.

On August 8th & 9th Liverpool’s Maritime Museum will be overflowing with all things agave as dozens of Tequila and Mezcal brands pack out the space. It will provide the North of England’s bartenders an amazing opportunity to taste some of the finest products to come out of Mexico. 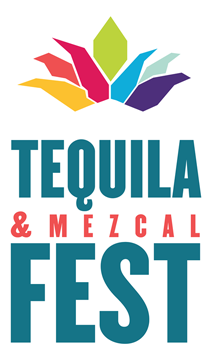 Alongside the stands sampling the good stuff there will be traditional Mexican food and some great talks to help increase your knowledge. The one and only Tomas Estes (owner of Cafe Pacifico & La Perla) is attending in his role as European Tequila Ambassador to hold a session or two and if you haven’t seen him do his stuff before you are in for a treat.

He will be hosting a series of blind tastings as he delves into the differences between Blanco, Reposado and Anejo categories. Alongside Tomas in the talks theatres will be highly knowledgeable brand ambassadors.

In its ongoing mission to help educate the masses salt and lime will be banned, Tequila Fest is a sipping only zone.

Founder of Tequila Fest Eduardo Gomez Resendiz had this to say:

‘We decided to take the festival up North in appreciation all those agave lovers and enthusiasts that many times don’t have the opportunity to see brand ambassadors or attend seminars in London. This is for you guys!’

Having attended in London last year we can tell you it as excellent event and no doubt Liverpool will give the show it’s own unique twist.

The first ever Tequila Fest competition will also be happening in Liverpool. Supported by Casco Viejo Tequila, Manchester, Liverpool and Leeds will each be putting together a team to do battle.

Each team will be made up of 5 bartenders with the team captain taking charge. They will be asked to make 2 drinks that reflect the family heritage of the Camarena Brothers and encapsulate Mexican Culture.

First up the team captain will take to the stage to create an original drink using either Casco Viejo Blanco or Reposado before the rest of the team jump up to make a party punch using 500ml of the above brands. Having judged our fair share of comps in the North we can only imagine what they are going to come up with to wow the judging panel.

Tickets are just £10 via the Tequila Fest website here there will also be a raffle for the ‘ultimate agave hamper’ for those that purchase the tickets online in advance.

The show will also be back in London on September 19th & 20th.