Bacardi’s epic competition opens for entries, with an increased focus on education. 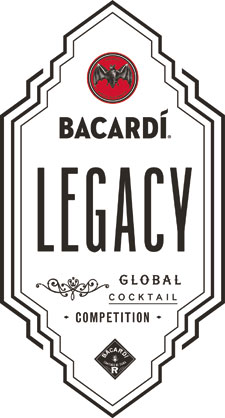 Regular readers of BarLifeUK will know that we are big fans of Bacardi Legacy.

One of the reasons for this is that despite being a huge, global behemoth of a comp, it still manages to feel quite ‘personal’, for want of a better word – the people who run it and the characters who enter, make it easy to get behind and support the bartenders who progress through its stages.

This year, ahead of the regional heats, a series of workshops will be held to help prospective competitors get the most out of the competition, and to increase their chances of success. The UK workshops will be hosted by former UK winner, Chris Moore of the Beaufort Bar at the Savoy.

As in previous years, regional heats and then a UK final will select the 2015 Three Most Promising. This trio will embark on a campaign to promote their Legacy cocktail, as well as visiting the Bacardi Distillery in Puerto Rico and the family archive in Miami. We have it on good authority that these trips sit toward the upper end of the epic scale.

The national winner will then be announced. This is the bartender who will go on to represent the UK in the Global Final, hopefully walking in Tom Walker’s footsteps, and bringing the trophy back to the UK.

We will be bringing you more news and information about the Bacardi Legacy Cocktail Competition in the following weeks, but for now, you need to do two things:

The deadline for entering the Bacardi Legacy Cocktail Competition is September 6th, 2015.