Always one of the best bartender days out of the year, Bacardi Classics is back, and this year, the prize is epic. 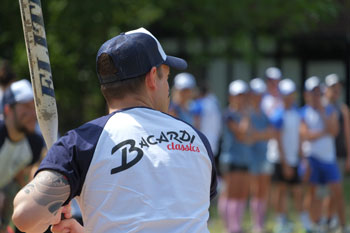 This is the fourth annual Bacardi Classics Softball tourney, and if previous years are anything to go by, it will be an awesome day out.

For the uninitiated, in celebration of their Cuban baseball sponsorship in the 20s and 30s, Bacardi invite a load of teams to compete in a softball tournament in Finsbury Park. They lay on a huge amounts of barbecue food, Bacardi Cocktails and Hatuey beer – which was the drink of choice on the bleachers back in the old days.

This year however, the winning team will be flown out to New Orleans to compete in a ‘World Series’ against the winning American team, during Tales of the Cocktail.

You are invited to come along and cheer on your team, whilst enjoying the food, booze, music, sunshine (hopefully), and the inevitable spectacle of unfit bartenders falling over and getting gravel rash.

The teams and team captains: