Entering into the last month of their journey to become the UK’s Bacardi Legacy winner we take a look at what the Three Most Promising have been up too.

Four months ago Matt Fairhurst, Ally Martin and Benji Davies beat off an exceptionally strong field to become the Final 3 of this years Bacardi Legacy competition. Since then they have been working hard to get their cocktails in front of as many people as possible both in the UK and worldwide. 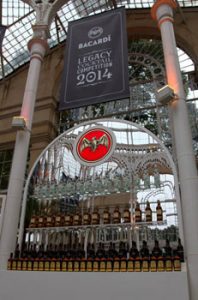 If you are friends with any of these guys on Facebook you will have been inundated with post after post of their adventures. Pictures of their drinks in bar followed bar, exotic check-in updates, sexy looking videos and plenty of banter have been flooding social media.

The deadline for all the activity is 20th March when one of these 3 will be chosen to represent the UK at the global final in Australia in a couple of months time. We thought we’d have a look at what they’ve been up to:

Benji was probably the most shocked we have ever seen someone when his name was read out at last years event. He was being hugged and congratulated whilst still in a daze however he quickly shook that off and has been showing off the personality that helped him triumph whilst promoting his cocktail, Golden Age.

Working in Chester at The Suburbs he is the only one from outside London and has been working hard promoting both his cocktail and the Northern bar scene. His cocktail celebrates Bacardi’s links with Cuba and in particular the Club De Cantineros which in the 1920’s was at the heart of what is known as the Golden Age of bartending.

Benji has had some great adventures and he lists some of his highlights as launching Bacardi Legacy 2015 in India including presentations in Delhi, Bangalore and Mumbai. He also enjoyed his guest stints behind the bar at Trailer Happiness and a Belfast take over with 5 guest spots including the world famous Merchant Hotel.

His Legacy video below highlights the fun with which Benji has taken on his mission as well as his love of Chester and slightly disturbing obsession with bananas: 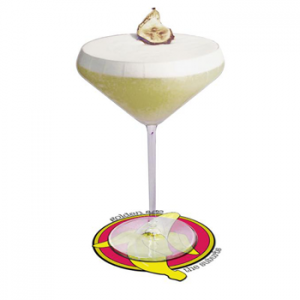 Shake all ingredients without ice then with. Double strain and serve straight up with a slice of dried banana.

Ally was taken by the support he felt in the room at the final and used that to inspire him to secure a place in the final three. That support has also been the base for his campaign, being ‘truly humbled’ by the help and support he has been receiving from the industry.

Based in one of BarLifeUK’s favourite new bars of 2014, Peg & Patriot in London, Ally has made the most of the opportunity the competition has given him to travel. The inspiration behind the Young Cuban was the bar community and the cocktail culture which has exploded since the turn of the 21st century.

With that in his mind Ally decided to experience that culture in bars which have been so important to our industry as well as places where cocktail culture has been growing at an astonishing rate. This has seen him in Amsterdam, Latvia, Lithuania and Estonia and by the end of the campaign he will have done 14 guest shifts in 8 different countries.

He has also embraced Instagram with a mission to take a photo of his drink in a different place everyday for 100 days, if you want to see what that looks like check out his page here

Ally’s video focuses on the inspiration and includes some excellent black & white close up shots of a very focused looking guy:

Shake all with ice and double strain into a cocktail glass. Garnish with a sprig of dill.

We’re not saying Matt was nervous before he went on stage but according to experts he managed to walk to Edinburgh and back with the amount of pacing he did. He still had plenty of energy left when he presented his drink and since getting through he seems to have somehow kept that energy going.

As manager of City Social, at the top of Tower 42 in London, Matt is used to heights however climbing a mountain with Rich Tring, Jamie Jones and Craig Harper (unconfirmed reports suggest Craig carried Jamie the whole way in a papoose) was another matter.

Matt’s focus with Tempting Fate was to create a cocktail that was so simple it could be made anywhere. To demonstrate this he challenged the industry to give him scenarios in which to make the drink. A couple of months later he found himself Scafell Pike (3,209 ft above sea level).

Other challenges have included making it outside, on top of Tower 42, which when you have the fear of heights Matt does was no mean feat. Jake Burger jumped in requesting he drink his drink whilst walking under a ladder and smashing a mirror at 13:13 on Friday the 13th.

On top of that there has been plenty of travel with a 3 day bar tour from Edinburgh to London and his first trip out of Europe to Hong Kong. A real highlight for Matt was getting a vintage version of Tempting Fate into the American Bar which ‘will stay me for ever’. 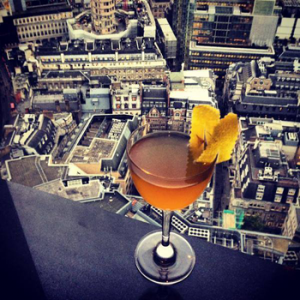 Stirred down and served up with a lemon zest

Whichever one of these three goes on to win, they can all be very proud of what they have achieved and from speaking to them have all had an absolutely amazing journey getting here. The final day for activity is March 20th so expect a final flurry of activity from them all in the coming weeks.