A Scientific View of Detoxing and Why it Doesn’t Work

The problem with detoxing is that instinctively, it seems to make sense. 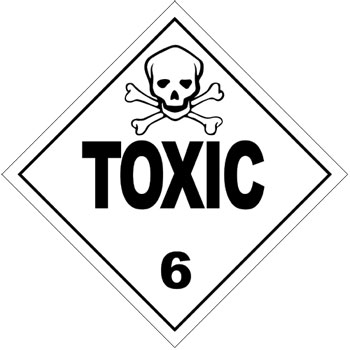 Surely the right combination of organic fruit and veg, as formulated by an expert in alternative therapies, can flush our liver of last night’s mezcal? Especially if the combo has been juiced, and it’s all you drink for a week?

The trouble is, as good as this sounds, and as much as we may want to believe, it is, in fact, utter nonsense that has no foundation in medical science.

The truth is, unless you have an underlying medical condition, your body is as capable of cleansing itself right now as it can be.

To be clear, there are two types of detox:

The first, or ‘good’ detox, could be better characterised as a medical intervention. This is what happens when a person overdoses on drugs, or suffers from kidney failure, and involves procedures such as dialysis, stomach pumping or blood transfusion. Someone in need of this kind of detox will likely die if they don’t receive it post haste; a medical emergency in other words.

The second, or ‘bad’ detox, is the kind you may have considered embarking upon after a heavy Christmas and New Year’s Eve. It’s the kind that every website and magazine of shady editorial virtue wrote about in January, and the kind that has health food stores, ‘alternative therapy experts’ and juicing proponents queuing up to enable.

It is also, unfortunately, at best useless, and at worst harmful if not downright dangerous.

Given the amount of positive media coverage detoxing and juice fasting are given, the statements above seem controversial, so it is important to understand some of the science behind them.

Your body takes in all manner of substances, through the food and drink you consume, the air you breath and even through contact with your skin. Your liver, kidneys and lymphatic system are responsible for processing and getting rid of anything your body doesn’t need or finds harmful, and it is these substances that most detox regimes nebulously refer to as toxins.

In a healthy person, this system is incredibly effective, and unless you ingest poison, or poisonous amounts of something generally harmless (in which case you would be in need of medical intervention, as described above), your kidneys, liver and lymphatic system’s ability to process whatever you throw at them cannot be improved. To reiterate this point, nothing has been proven by science to jump start, reset or otherwise improve your body’s natural ability to detoxify itself.

This flies in the face of almost everything we read on the subject. The simple reason for this is that detoxing has become big business. Detox programmes, books and products make a lot of money for those selling them, and for those being paid to carry their advertising.

Sense about Science is a charitable trust established to help people make sense of scientific and medical claims made to the public, consisting of a network of thousands of scientists, ranging from Nobel prize winners to postdocs and PhD students. In 2009, their Voice of Young Science programme released a ‘Detox Dossier’, which investigated the evidence behind claims made about detox products and diets. Here are some of their conclusions:

Why is the Concept of Detox Wrong?

Detox products claim to help you counteract a busy lifestyle by removing ‘toxins’ that have built up in your body. The human body has evolved to get rid of unnecessary substances through your liver, kidneys, and colon. It isn’t possible to improve their function without medical assistance.

Detox tonics can’t improve your liver or kidney function. Some of the herbs in them may be metabolized more quickly e.g. St John’s Wort, but this is because your body recognises them as a poison and attacks them. If you have too high a dose some of these supplements can cause illness and even death. There is also a risk that they affect how other substances are processed e.g. the contraceptive pill or other medicines so they don’t work as effectively.

Detox diets are often recommended after periods of excess. The best diet you can have at anytime is a normal, balanced diet.

Your body is capable of removing most potentially harmful chemicals you will encounter in your daily life. The multi million pound detox industry sells products with little evidence to support their use. These products trade on claims about the body which are often wrong and can be dangerous.

If not detox, then what?

Many people claim it is the implied health benefits of a detox or fasting programme they are interested in, when in actual fact, they really want to lose weight. This is probably one of the reasons you will hear anecdotal evidence suggesting they work – that someone who consumes nothing but juice for a week will drop a few pounds is unsurprising, despite the fact they will likely pile them on again if they revert to the lifestyle that made them overweight in the first place.

In the booze industry, it is safe to say that the desire to fix damage the job and lifestyle may be doing is the main reason a bartender might consider detox or juice fasting. With this in mind, we contacted Edzard Ernst, Emeritus Professor of Complementary Medicine (University of Exeter), and a man with an entire Scrabble set of letters after his name:

BarLifeUK: What are the effects on the liver, and body in general, of sustained heavy drinking?

Edzard Ernst: Alcohol is toxic to most organs. The first one to react is usually the liver. Liver cells quite simply die and that’s why we can measure the effect by taking a blood sample. In the long run, the liver becomes diseased, usually in the form of liver cirrhosis. Other organs react similarly. The brain for instance loses cells and we would see mental changes in individuals thus affected.

BarLifeUK: Is it possible to flush, or ‘reset’ the liver using over the counter products or combinations of natural ingredients taken in some sort of regime?

Edzard Ernst: No, this is just a bogus marketing trick. It is also a dangerous claim: if someone believes it works, he/she might cause themselves serious damage through acting on this belief.

BarLifeUK: Dependancy issues aside, is it possible to mitigate the physical effects of heavy alcohol consumption in any way?

Edzard Ernst: Yes, one can stop abusing alcohol before it is too late. Fortunately, most organs have an amazing capacity to regenerate.

BarLifeUK: Which detox is in your view the most irritating?

Edzard Ernst: That must be the ‘Dutchy Originals Detox Tincture’ sold by Prince Charles. He of all people should know better than to exploit the gullible with bogus claims. This earns him the title of ‘The Nations’ Royal Snake Oil Salesman’ in my view.

This is uncomfortable to read because many people involved in the bar industry drink too much, and if we are honest, ‘drink too much’ sometimes strays into ‘abusing alcohol’ territory, to use Professor Ernst’s terminology.

After a long period of ‘smashing it’, for want of a better term, and speaking from experience, it is natural to feel terrible, both physically and mentally, and to want to do something to fix your body and ease a guilty conscience.

A detox or juice fasting programme is absolutely not the answer. Neither is an abrupt period of complete abstinence, because as we have already established, your body is quite able to cope with alcohol as long as the amounts aren’t toxic, so a ‘Dry January’ offers little medical benefit. (It is important to note here that anyone feeling the need to stop drinking for emotional or dependancy reasons should absolutely do so, asking for help if necessary).

The answer, as it always seems to be, is moderation, good diet and exercise. If you are feeling the need to detox, it is probably your lizard brain telling you that something about your lifestyle isn’t right. Drinking nothing but kale juice for a week wont fix this, but cutting back on your weekly booze units, 30 minutes of exercise a day and a balanced diet quite likely will.

There’s no magic detoxing bullet, despite what you might read in magazines or be told by people hawking detox programmes. But with a little consideration of how much you drink and what else you put into your body, you wont need one.

Anyone interested in this subject is encouraged to read the Sense About Science Detox Dossier.

Some of the conclusions made in the Detox Dossier are presented in brief in this PDF leaflet.

Professor Ernst is a very interesting and learned chap. His latest book can be found here, on Amazon.co.uk.