Rum, World Records and Giveaways – Must Be Rumfest 2014

It’s time for the annual rum love in that is Rumfest, this year we have tickets to the show and to a world record attempt for the biggest ever rum tasting to give to you lucky folks.

Eight years ago a shy, retiring fellow called Ian Burrell decided to celebrate his second spirit of choice (Vodkafest.co.uk was unfortunately already taken) and so launched a little get together called Rumfest. This year it is, as is tradition, taking place at the end of London Cocktail Week on the weekend of the 11th and 12th of October. 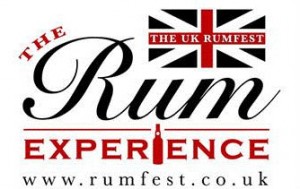 His little baby is now a raucous eight year old that will liven up even the most depressing of October weekends and help recovery from the biggest of nights. If you aren’t a fan of spirits from the Caribbean then we suggest you stay away as this is proudly a gigantic celebration of all things rummy (and we’re not talking about the card game you played with your nan in a caravan when you were 13).

You can get your lips around over 400 rums, your brains into 32 seminars and your body into some dance moves that seem way cooler than they actually are.

This year El Dorado are putting on  a series of masterclasses in their very own seminar room where the award winning Stefanie Holt will be leading tastings of the full and marvelous El Dorado range (and probably talking about Giant Otters a fair bit if she’s coming in on the back of a big night).

You can also join the likes of Mount Gay, Diplomatico, Richard Seale, Georgi Radev, Martin Cates, Bacardi, Havana Club and if he can be coaxed out of his shell Ian Burrell, talking about a host of rum related revelries.

Sounds good doesn’t it? Well we have a few pairs of tickets courtesy of Ian to give to you our glorious readers. The process of getting them is pretty tricky…. fill your name in the form below and we will pick the winners at random!

Boutique Rumfest is back on Friday 10th October. Boutique is a trade only event and provides real rum fans the chance to try new and exciting rums and cachacas in an intimate setting. If you want to know what will be gracing the back bars in the coming months and years then Boutique is the one for you. Register for your free trade ticket here

To top it all off Ian is trying to break another world record, this time in the form of the worlds largest rum tasting. Last month 313 people in Columbia set the record but Ian plans to eclipse that on Thursday 9th October.

He will be joined by six master blenders and distillers to try and break what is surely one of the tastiest world records out there. You get to sample 6 fabulous rums, listen to some of the categories leading experts AND get a certificate from the Guinness World of Records when the record is set.

Once again BarLifeUK has your back with a table of 10 being donated to us for the evening. We have made this giveaway equally tricky…. yep fill in the same form below.

Here it is, the form that could give you access to a whole world of rum. If you have recently broken a black cat, walked under a mirror or seen a ladder then you can also register for tickets to Rumfest here