The Underground Punch Pong League (UPPL) is back for 2014, and Monin and Plantation Rum have joined forces to sponsor the Black Pearl Tour. 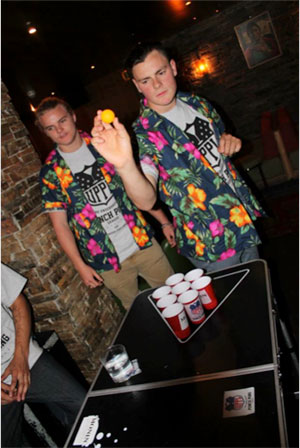 Last year, 96 bars from around the UK competed in the UPPL, which makes it one of the most widely supported comps in the industry.

The Black Pearl Tour and will be visiting 10 cities around the UK, with the final to be held at Covent Garden Cocktail Club during London Cocktail Week.

Further information on both the Black Pear Tour and Monin Cocktail Cup can be found at: www.punchpong.com, where you can also register your entry.

The winning team will receive a Punch Pong kit, including stock from Monin and Plantation Rum as well as dinner and cocktails in London.