Following the huge success of his Imperial Shaker earlier this year, Jason Crawley has given BarLifeUK an exclusive look at the latest edition to the range, Crawley’s Imperial Citrus Press.

It is fair to say that Crawley’s Imperial Shaker has been a hit since it’s launch in Melbourne, Australia in February. The original run of machines have sold out and earnt a nomination at this years Spirited Awards at Tales of the Cocktail for Best New Product. 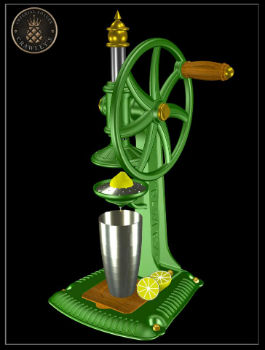 Jason is not one to sit on his laurel’s (or hardy’s) and has been tinkering away in his man cave to produce the second product in the Crawley’s Imperial range, the Imperial Citrus Press. The Citrus Press looks certain to ensure ‘juicing your citrus’ hasn’t been this much fun since you discovered your dad’s Playboy stash.

Not only does it look fantastic, based on the same Victorian design style as it’s big brother, but the mechanism involved means that even the most muscularly challenged individual will be able to juice like the Man from Delmonte

Whilst the size and cost of the Imperial Shaker meant the number of bars it could be housed in was rather limited, the same can’t be said for the Citrus Press.

One of these beautifully designed machines can be yours for £450 and are available right now. We expect them to be popping up on back bars all around the world over the next few months and can’t wait to have a try on one. 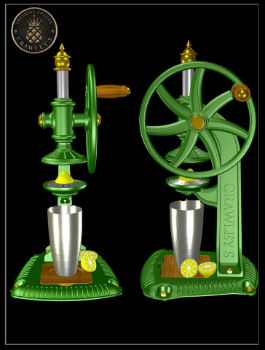 Jason had this to say about his latest innovation:

‘Crawley’s Imperial Citrus Press is the latest annual release from my portfolio of luxury bar devices. The Imperial Shaker Machine was always going to be my first born champion and its recent success has allowed me to further develop my vision to generate an ‘anticipation culture’ for more annual neo-Victorian siblings each year.

The Imperial Citrus Presses are a joy to see working, are incredibly stable and offer an elephant’s foot of press-power with little exertion thanks to its clever internal gearing. They are exquisitely hand-made to order and will retail for roughly 450GBP.’

If the success of the Imperial Shaker is anything to go by we urge you to move quickly to get your order in. To place an order or for expressions of interest email jason@crawleys.com.au 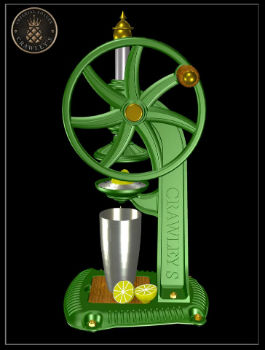