Awards judged by committee, evaluating dozens of bars in as many countries will always be subject to criticism, no matter how well intentioned the organisers may be. 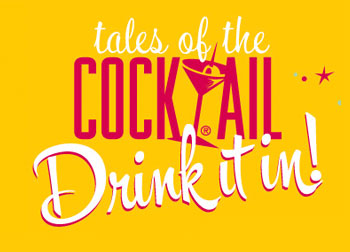 Unless every member of the judging panel visits all of the bars in all of the countries, many will perceive there to be at least a small question mark over the results.

And, truth be told, there has been an undeniable amount of grumbling from bars outside of the USA who have felt overlooked by the Spirited Awards in past years.

However, the Spirited Awards, led by Chairman Simon Ford, and listening to such criticism, have made some changes for 2014 which should ensure a more level playing field.

The first, and possibly most significant change is that all bar, bartender and ambassador awards will be split in two, with separate judging panels for American and International nominees.

The number of judges involved will be increased to reflect this, with Jacob Briars overseeing the selection of the international judging panel.

We asked Simon Ford what these changes would mean to bars and bartenders outside America:

“The idea of changing the format was to make the awards more International. Most of the judges were from the USA, and the USA have dominated the awards most years, although London killed it in 2012.

Globe trotting Brand Ambassador, Jacob Briars, is picking a purely International judging panel so that bars outside of the USA have a better chance of shining on the International stage.”

There are also changes to the writing and journalism categories for 2014. Award winning drinks writer Dave Wondrich has taken charge of the team judging this sector, which now comprises of Best Book, Best Publication and Best Writer.

A full list of judges will be released on January 21st. We look forward to seeing who from the UK has been selected, and with trusted characters like Jacob Briars and Simon Ford running the show, we are confident this year’s Spirited Awards will be a much better reflection of the international bar industry.

You can read the Spirited Awards’ press release on these changes here.