Whenever BarLifeUK get a message from our old friend Jason from Australia, we know it will be entertaining and once again he delivered with his latest news. 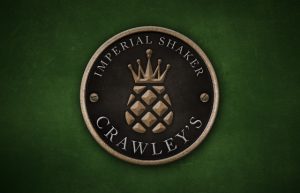 200 years ago in London existed cocktail shaking machines called the Imperial Shaker Machines. They went the same way as the Dodo and the ability of English cricket players to bat and were soon forgotten about.

However unlike the Dodo and the England Cricket Team there was hope for their return in the form of a two hundred year old line drawing. Enter stage left Jason Crawley who had a vision and started to create ‘Crawley’s Imperial Shaker’.

We have been told that Crawley’s Imperial Shakers represent the ‘finest in elegant Victorian antiquity, craftsmanship and high-end luxurious addition for those who choose the fine and rare things in life’ – all though we were told that by Jason!

However we have learnt over the years to underestimate the man at our peril so we have no doubt the machines will be impressive beasts. They certainly sound it – floor mounted and standing 6 ft tall in powder coated cast iron, solid brass fittings and adorned with 4 bespoke silver plated ‘on copper’ cocktail shakers. All topped off with a crowned pineapple cast, a symbol of affluence and hospitality.

The first 12 available Imperial Shakers are already being pre-sold around the world to serious collectors and legitimate cocktail enthusiasts as well as in Jason’s words ‘people who like to drink in the fanciest way imaginable’.

Crawley’s Imperial Shaker will be ‘revealed’ for the first time in Melbourne, Australia on the 9th February at a new boutique drinks festival, Top Shelf. This might be a bit of a trek for a lot of you so we hope to bring you some pictures and maybe even a video of it working after the launch.

Oh and there is a rumour that Dale DeGroff will be heading down under later in the year to crank the handle on one. Jason will also be donating a one-off bespoke Imperial Shaker to the Museum of the American Cocktail in New Orleans.

If you want any more information on the Crawley’s Imperial Shakers then drop Jason an email to Jason@crawleys.com.au