Bulleit Bourbon and Rye Coming to the UK

There are certain spirits launches that create more than your usual buzz around the industry and the rumours of Bulleit Bourbon & Rye hitting UK shores have certainly gained bartenders attention. 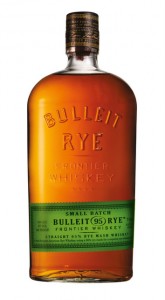 Well folks the news is official, it’s here thanks to the folks over at Diageo. To those of you thinking that Bulleit has been over here before, well you’re right smarty pants, but only the Bourbon and only in its 40% ABV form. Due to the increase in popularity for US whiskey over here recently (and presumably especially the resurgence of the Rye market in top bars) Bulleit Bourbon is now going to be available at its US proof of 45% and the Rye is joining the party.

Some of you will have been lucky enough to try the Rye before, either on a trip to the US since its launch in 2011 (on a recent trip over BarLifeUK spent their last few dollars and dimes on a Bulleit Rye in JFK airport instead of food or presents) or at the recent Seal of the Sazerac event at NOLA. At NOLA they were using Bulleit Rye in one of the classic Rye cocktails, the Sazerac, and from the speed they were being put away we’d say it was a good match.

The Rye is made with 95% rye as opposed to the industry minimum of 51% and like the Bourbon comes in at 45% ABV. It has certainly proved popular in the US since its launch picking up a hatful of awards and becoming the largest rye whiskey in the country.

The Bourbon also uses a high rye content in its recipe which helps give it a distinctive flavour. The bourbon is aged in white oak barrels for four to six years before being put into its iconic bottle. 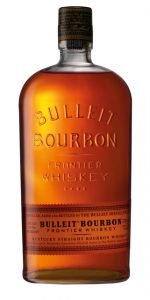 Tom Bulleit who launched Bulleit Bourbon 25 years ago using a 150+ year old recipe from his great, great grandfather Augustus Bulleit, had this to say:

‘My family’s whiskey-making legacy spans back to a time when opportunities in America were endless, and it is a dream come true that it is still thriving today. Much of our continued growth can be attributed to those who have fallen love with our brand and recommended it to their friends, family and colleagues. We look forward to introducing these new whiskeys to UK customers.’

To get your turkey grease covered hands on some Bulleit have a chat to your local Diageo Rep or check out the usual suppliers.