Untold Tales about Tales – A travelogue by Rusty Cerven

Earlier this year Rusty Cerven won the Global Final of the Bols Around The World competition. Part of the prize for his excellent efforts was the chance to travel to some of the world’s biggest cocktail cities and events. His first port of call was New Orleans and Tales of the Cocktail, here he gives us a glimpse of his experiences in The Big Easy….

My first introduction to Tales of the Cocktail was in 2007 when a hometown bar, Paparazzi Cocktail Bar and Ristorante in Bratislava, Slovakia, was awarded with the competition’s Best Cocktail Menu. It became a dream of mine to attend this world-famous cocktail competition held in the U.S. and six years later, my dream came true. 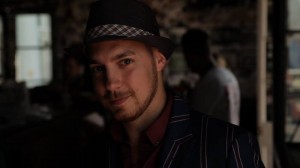 This year, I won Bols Around The World and had the opportunity to choose to visit four of the major cocktail capitals in the world. After winning the competition, there was a quick group photo under bright lights and then it was through a crowd of people to the VIP lounge where members of the press from different magazines were all waiting to ask me loads of questions about my big victory. The question they asked me most, however, was which four cities I had chosen to visit. The first on the list was New Orleans and the city’s famous Tales of the Cocktail, which would make it five really!

I was counting down the days before my trip to the States and got more and more excited with every tale I heard about the event, each one different. The one constant was how there is no other city as unique as New Orleans, and they were right.

It wasn’t until I jumped on my connecting flight to Louisiana when the stewardess started making her announcements that it hit me. It took me a couple of minutes to adapt to the Louisiana accent, but I soon started to love it.

I arrived in New Orleans that afternoon and the French Quarter was already buzzing. I arrived in front of the Monteleone Hotel where I was staying and as soon as I got out of the taxi I was surrounded by familiar faces. There was hot weather, loads of friends, jazz bands on almost every street corner, a great atmosphere—that’s what we call a bartender’s paradise.

I decided to fight my old friend jet lag and hit the town. Me and a couple of friends met up with Jeff “Beachbum” Berry [noted author and rum expert] at one of his favourite bars called Bellocq, a great place located uptown known for its selection of sherry and cobblers. After a few cocktails and a good meal I was ready for bed. Good night dear town.

In the early morning, the French Quarter had a different look to it. A lot of people say Bourbon Street and the rest of the district is pretty dirty, but I have never seen anywhere else where people clean the streets with soap.

I made my way to the Mississippi River where a steam boat was departing in the early morning sunshine while a jazz trio a la Miles Davis was playing in the square. I could spend all day here, but duties called and it was time to get back to the hotel to meet with the film crew that was documenting my eight-day global trip. As part of the trip, we planned to capture every moment in a short film that would be used as a teaser for new attendants of Bols Around The World next year.

The day started a bit late after a night of parties. It was incredible to meet people just crossing the streets, and catching up with everyone on the corner of the Old Absinthe House. It was my only proper day off, so I had more time to explore the French Quarter. I met my old friends Scott and Jessica from Philadelphia who came to see me, which was a real pleasure. They introduced me to a few good local places like Lafitte’s Blacksmith Shop and Napoleon House. After that it was off to the Pharmacy Museum where my friend George had a pop-up bar, pouring a Czech golden spirit. After a quick, but laid-back visit, it was time to meet up with Bols USA team. We went to Cure, apparently the best cocktail bar in NOLA, that has a fantastic drink menu and a great selection of my favourite spirit—genever. 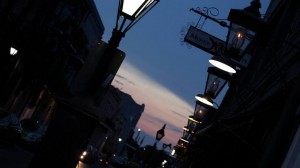 The longest day ever! After a few hours of sleep my alarm woke me up at 6 a.m. I was pretty tired, but happy to meet the film crew on the rooftop of Hotel Monteleone. I hadn’t had time to come up here before, and if I knew how beautiful the view was I would have been up here every morning. A few frames later and we were off to the next location uptown. Taking the old tram and getting to chat with curious locals about what movie we were filming was really enjoyable. On the way back to the French Quarter we took a rickshaw. Here in London, I would consider taking a rickshaw a cheesy touristic attraction, but it was really cool to ride it there.

We arrived right in front of a big stage with Bols banners and we were ready for action. It was time to make the world’s biggest Pousse-café in the world. We had a 15-litre sized glass, prepared 23 bottles of eight kinds of Bols liqueurs and the show began. It took us about 90 minutes to finish it and the greatest moment for me was pouring the last layer of Bols Genever together with Ann Tuennermann, founder of Tales of The Cocktail.

My last day in New Orleans and while everybody was getting ready for the Spirited Awards at Tales of The Cocktail, I was packing my luggage. Oh, I cannot forget to mention one of the best presentations of the day by Jeff Berry and David Wondrich called “Dark Ages of Mixology.” They talked about cocktailing stories from the ’70s and ’80s and you got the chance to try to make a blended Martini or a Harvey Wallbanger.

So, how would I describe New Orleans in one sentence? It was intense, never-ending parties and loads of excitement, but at the same time there were many people working hard to make it happen on little sleep. If you were lucky, you got to sit in on some seminars and make some new friends. The atmosphere is like nowhere else!

Now, it is time to see what the atmosphere is like in the Big Apple. So ’til next time. New York, here I come!

Keep an eye on BarLifeUK for the rest of Rusty’s adventures.

RUSTY CERVEN- Bols Around the World Champion 2013. from Bols Bartending on Vimeo.