Diageo has announced “Show Your Spirit by World Class”, a competition in Western Europe to co-create a new spirit for the company’s Reserve portfolio. 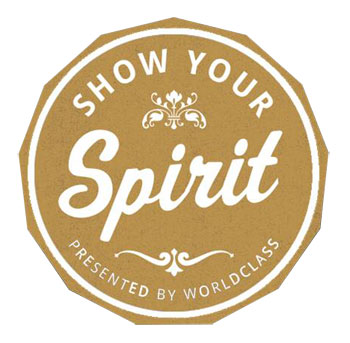 The winning idea will be brought to market and the winner will receive 5% of the net sales for the first five years, with another 5% going into a bartender initiatives fund.

Show Your Spirit entrants must submit concepts by 18th March 2013. Three finalists will be selected by a panel of judges, and  announced in early April. A fourth wild card will be chosen by public vote from a shortlist of 20. Finalists will be announced on 22nd April 2013.

The finalists will spend four days at a ‘boot camp’ developing their products at Diageo’s Global Technical Innovation Centre before facing the judges in a live final on 24th May 2013. The judging panel includes Syl Saller, Global Innovation Director at Diageo, and industry papa Salvatore Calabrese.

The product will be officially unveiled at the Global World Class Final, 4th-9th July, 2013.

Contact your local Diageo Reserve brand ambassador to find out more about entering Show Your Spirit.

Key Terms & Conditions of the prize
1.    The winning Finalist shall be entitled to receive 5% of the Net Sales in countries to be decided at the discretion of the Promoter for a period of 5 years after the Commercial Launch (the “Prize”). “Net Sales” means Sales after applicable excise duties have been deducted. “Sales” shall mean revenue from sale of the Product in all countries where the Promoter launches the Product commercially.

Revenue from such sale excludes excise and other duties and the amounts collected on behalf of third parties, such as value added tax.  Sales are recognised depending upon individual customer terms at the time of dispatch, delivery or some specified point when the risk of loss transfers.  Provision is made for returns where appropriate.

Sales are stated net of price discounts, allowances for customer loyalty and certain promotional activities and similar items. The Prize will be paid to the winning Finalist in instalments, in such number and at such times as the Promoter shall in its absolute discretion decide. The Prize shall have no minimum guaranteed value.

2.    In the event that the Product is not launched or distributed commercially, or in the event that no Net Sales are generated from the commercialisation of the Product, or if other circumstances arise in which the Promoter is unable to provide the winning Finalist with the Prize, the Promoter, shall in its absolute discretion, and as an alternative to the Prize, award the winning Finalist a sum of £25,000 (twenty-five thousand pounds sterling) (the “Alternative Prize”).

The Alternative Prize will be paid to the winning Finalist in installments, in such number and at such times as the Promoter shall in its absolute discretion decide.

3.    In the event that the winning Finalist receives one or more installment of the Prize and thereafter the Product is withdrawn from sale in all markets before the expiry of 5 years, the Promoter, shall in its absolute discretion, award the winning Finalist a sum which when added to the amount of the Prize already received, totals £25,000 (twenty-five thousand pounds sterling) (the “Prize Balance”).

The Prize Balance will be paid to the winning Finalist in installments, in such number and at such times as the Promoter shall in its absolute discretion decide.

Contact your Reserve Brands ambassador when you are ready to enter, after which you will be able to log in here.

Yael Weisberg, formerly a london doorbitch and currently an NYC brand strategist, spends most of her time at 35,000ft travelling between New York and London.