In a unique and original competition twist Mandarine Napoleon have invited selected bars to produce a barrel aged cocktail.

In what, Mandarine Napoleon are saying, is the first competition of its type in the UK (and certainly the first BarLifeUK have heard of) 15 bars have been chosen to compete in the final at the end of January.

During November and December 15 bars were given a 5 litre barrel each and tasked with creating a bespoke cocktail that would age in oak until the day of the final. Creating a great drink isn’t the only aspect however with Mandarine Napoleon also asking them to keep a full record of ingredients, storage conditions and any other elements involved. 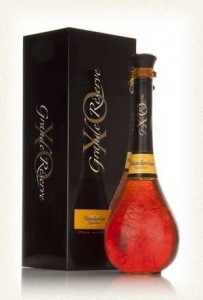 This record keeping process will provide a great insight into the art of barrel aging and hopefully help to dispel some myths and help everyone understand more about this recent trend.

The cocktail itself is left almost entirely in the hands of the bars with the only rules being that it must contain a minimum of 35ml Mandarine Napoleon per serve and must be aged for a minimum of two weeks prior to the final.

On the day the judging panel will be served the drink as if the were being served to a paying customer and the recipe and methodology will be fully explained.

The winner will be taking away a Meehan leather bartender wrap full of tools, a bottle of Mandarine Napoleon XO Reserve and bragging rights as the first to take out the Barrel Aging Competition crown.