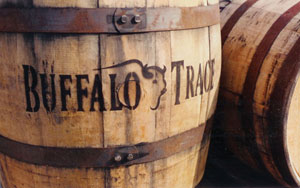 Buffalo Trace celebrate their being one of only four distilleries in America to survive the Noble Experiment with a Prohibition-inspired pop-up bar at 34 Tavistock Street, London, WC2E 7PB.

The ‘Bourbon Empire’, as it has been named, will offer bourbon tasting sessions hosted by Buffalo Trace’s master blender, Drew Mayville.

London Cocktail Week wristband holders will be able to enjoy a range of Buffalo Trace’s signature serves for £4 a pop.

If you would like to join one of Drew’s sessions, you will need to book at slot by emailing masterclass@buffalobourbonempire.com