7 bartenders from across the UK converged on London to try and win a trip to Bourge Charente in France courtesy of Grand Marnier.

After 24 hours in Bristol for the launch of Bristol Cocktail Week your intrepid BarLifeUK judge was a little worse for wear as he arrived at the Sky Lounge, Double Tree by Hilton Hotels but the view overlooking London soon helped ease my fragile being (the cocktails probably helped a fair bit too).

The Sky Lounge was the perfect venue for a cocktail competition that saw the competitors making a drink designed to be enjoyed at the sunset hour. This criteria also saw a great mix of drink styles from punches to digestives being served up. One was even served up in a plastic cup with a garnish of two lovely ladies in bikini’s!

Whilst Julien Lafond, UK brand ambassador for Grand Marnier, knocked out a punch for everyone to enjoy the judging panel consisting of Claire Ollagnier from Grand Marnier, Kate Pass from Imbibe and BarLifeUK settled down to try some cracking drinks. The competitors had qualified through a series of regional heats and the quality shone through.

Each competitor put on a great show with fabulous drinks being backed up by good banter and product knowledge making the decision process once again a really tough one. The standard of competition finals this year has been exceptionally high and not for the first time the top three were divided by less than 10 points.

It was so tight at the top in fact that we had two competitors with the same score and after the judges had argued…. sorry discussed the merits of both to a stalemate Julien was left with only one course of action.

Both Jamie Jones from Heart Soul Rock & Roll in Manchester and Jamie Passmore from The Hawksmoor Spitalfield in London will be enjoying a romantic few days together in France later in the year.

Congratulations to them both and all the other competitors especially Ruairidh Muir for coming in a very close third and Martin Duffy who had an epic journey down to London from Scotland just to compete.

The winning drinks are below. 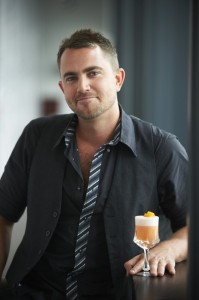