An Introduction to Port

With the Queen’s Diamond Jubilee four-day extravaganza just over, the European Football Championships reaching a climax and the London Olympics just round the corner you can’t help but feel that 2012 is Great Britain’s year.

Some of us will be sipping Pimms and quaffing gin and tonics in the garden whilst feasting on cucumber sandwiches and scones – pinky fingers extended.

Some of us will be toasting success with Champagne, English sparkling wine, Prosecco or just a regular bottle of “plonk”.

I suggest the rest of us should be toasting with a different tipple this year. For the drinker who wants ‘that little bit more’ – how about opening a bottle of Port this summer?

One thing you can say about us Brits, is we like our wine. So much so that our history would suggest we had a distinct taste for sweet wine dating back to the early 12th century.

If it wasn’t for our skirmishes with the French back in the day, Port may never have come about.

During the mid 1600’s with England at war with France, a trade embargo was enforced, which led to an immediate shortage of that sweet wine we all liked so much. A solution had to be found – no booze was not an option!

British wine merchants travelled to Portugal looking for alternative sources of wine. One story goes that a couple of Merchant’s sons from Liverpool came across a monastery, where the Abbot gave them a wine that was far sweeter and richer than the usual Portuguese wine available at the time. The Abbot revealed that Brandy had been introduced during the fermentation process to increase the alcohol content.

That guy was onto something, a solution had been found. No longer did we need the French for our wine. We had a new ally in the Portuguese.

Problems with France ongoing, Britain decided to focus its attention on Portuguese wine during the following centuries. Not everything would go to plan though. In the late 1800’s a pesky louse arrived in the Douro region and had a devastating effect on wine production.

Every cloud, however, has its silver lining and what seemed to be a disaster for the farmers would be a blessing in disguise for the future of Port. Shippers invested heavily into the farms and the crops were re-rooted using American rootstock. America saved the day and with the shippers more involved the standards of Port production became more consistent.

These Port producers and shippers, mainly British, are still around today – Cockburn, Dow, Grahams and Warre’s being amongst the best known. 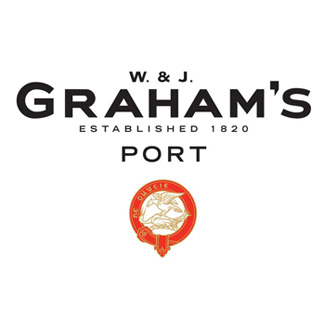 Many of the grapes grown in the dry landscape of the Douro valley are still handpicked to this day. Foot treading still takes place with people dancing and stomping on the grapes to extract the juices.

Aged in wood barrels, Port takes on a distinctive character revealing a unique colour. There’s an old saying in the Port trade – “every wine would be a Port, if it could”. Drink a bottle of good Port with friends and you’ll understand the saying.

Britain and Portugal have had a successful relationship spanning over five centuries. So I guess we should try and forget our differences – that Luis Figo goal in Euro 2000 still haunts me to this day and Ronaldo’s wink at Rooney will forever taunt us!

Traditionally served as a dessert wine or after dinner drink, Port has emerged as the sipping alternative to wine and is used increasingly in cocktails. How about adding some Prosecco to a generous dash of Ruby Port, a Tawny over crushed ice or even a White Port and Tonic?

Why not try this little beauty from Milk and Honey:

So here’s to a summer of success. Grab your bottles of Port, Ladies and Gents and celebrate with me. We can do it! We will do it!

Anything is possible…. right?