Well, we were right (see below for original story), Salvatore is indeed going to be at the helm of the new Playboy club when it opens next year, as this press release confirms:

Salvatore’s at the Playboy Club London is a bespoke design, created by Salvatore in conjunction with acclaimed London-based interior designers Jestico & Whiles. Salvatore will be bringing his own hand-picked staff, ensuring that his bar provides the ultimate experience for members.  The bar will be situated on the ground floor of the newly-developed Playboy Club, and as with the rest of the Playboy Club, Salvatore’s bar will be run on an exclusive members only basis.

“My vision is to create the best, most luxurious cocktail bar experience in the world” said Salvatore Calabrese. “I am really excited to be working with LCI and Playboy on this venture and am confident that with our combined experience and reputation together we will create the ultimate bar destination in the capital.”

Congratulations to Playboy Enterprises for nabbing the Maestro. We look forward to the press opening with great anticipation…

Original Story – Playboy’s impending return to the London bar and club scene has been well documented by the consumer press. 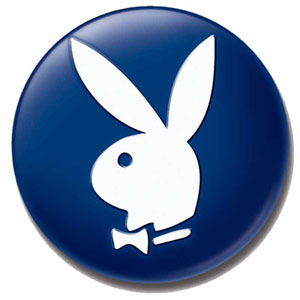 The various papers and websites seem to have fallen into two camps, leading their stories with either ‘objectification of women’ or ‘phwoar’ sentiments.

Whichever way your moral compass points, the fact remains that the new Playboy Club will likely be one of the most talked about London openings next year.

BarLifeUK were discussing this at the time the story broke in the consumer press. We said to each other: “High profile members-only launch? Celebrities? Casino? That’s got Salvatore written all over it.”

As it turns out, conversation turned again to the subject one night during London Cocktail Week, and a person ‘in the know’ seemed to confirm our suspicions.

Calabrese’s agent and London Clubs International (who will operate the new Playboy venue) have not returned our calls, so we can’t bring you definitive confirmation on the subject, but it makes sense, doesn’t it?

We hope so, because London has been too long without The Maestro.